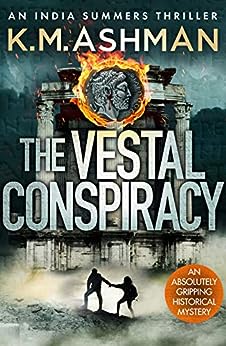 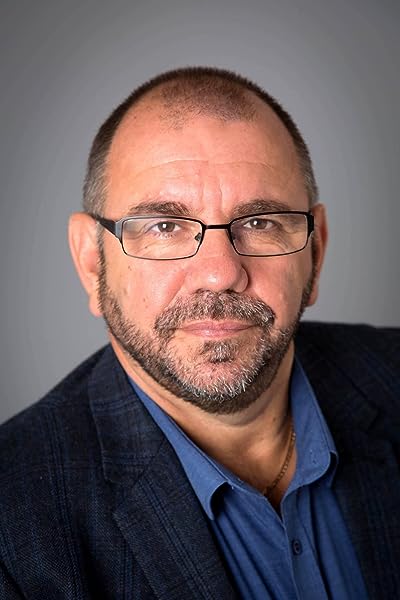 Previously published as The Dead Virgins

A 2000-year-old conspiracy is beginning to unravel.

When librarian India Summers is asked by a stranger to identify an ancient coin, little does she realise the events that will be set in motion.

She is about to embark on an investigation that stretches halfway across the world, and back thousands of years to the greatest of empires … Ancient Rome.

India, accompanied by special forces investigator Brandon Walker, must race against time to resolve the mystery, and discover the intent of a shadowy organisation, before innocent lives are lost.

nanjar
4,0 su 5 stelle What did you think the Palladium was about? ;-)
Recensito nel Regno Unito il 30 settembre 2018
Acquisto verificato
This was an absorbing read. I love to read historical fiction and love mysteries almost as much, so the combination of history and mystery in this novel was a fabulous mix. I already knew a little of the ancient cult of the Vestal Virgins, and by the end of this novel feel I know more but will need to find time to authenticate it - so well was this fictional story written that it appears entirely reliable.

The threads of the Ancient Roman story and that of the contemporary investigators blend well in this rapid search in different European locations for the ‘Palladium’, a long lost ancient artefact. The main characters of India and Brandon are portrayed in a way that allows India’s historical knowledge to shine, and Brandon’s ‘military’ expertise seem realistic without being domineering as they interact. There are some other lovely characters but since I don’t do spoilers, I won’t mention their involvement towards the end of the story- suffice to say as I read towards the end, I gulped at the scenes I was envisaging.

My already large kindle pile will be added to with the next India and Brandon adventures.
Leggi di più
4 persone l'hanno trovato utile
Segnala un abuso
Traduci recensione in Italiano

Albert
3,0 su 5 stelle Great idea, mediocre execution
Recensito nel Regno Unito il 4 luglio 2020
Acquisto verificato
I really liked the premise of the book and felt like I learned a lot about Roman history and some interesting facts about Britain along the way. In places the story was descriptive, making the plot feel fleshed out rather than just a recount of events. But, there were issues that detracted from my overall enjoyment.

1. In places the story moved at lightning spend and time/location changed within a sentence. These moments really could have done with being fleshed out more and made the story feel flimsy.

2. The formatting is all over the place, with random line breaks that make the flow of the story disjointed. There are also a few typos - nothing major but missing punctuation, capital letters, wrong character’s name etc. The odd repeated word crept in in the same paragraphs which irritated me. All in all a good proof reading with have solved these issues.

3. A lot of information was crammed into the story to the detriment of the story-telling in occasion. The plot was interesting but the characters felt thin. Brandon felt like someone playing at being a member of the SAS and I never felt like I got to know India beyond the shallowest of levels. I hope this is addressed in future books.

There is also my pet peeve of line after line of dialogue written in play script style that is just lazy. All in all I enjoyed the story but the author would benefit from slowing it down just a little and working more in showing rather than telling. I will buy the next book in the series and I hope the overall storytelling improves.
Leggi di più
Segnala un abuso
Traduci recensione in Italiano

Fengirl
4,0 su 5 stelle Very enjoyable
Recensito nel Regno Unito il 8 gennaio 2021
Acquisto verificato
This is not a challenging read but extremely enjoyable - perfect for the current situation as we enter lockdown again.
I particularly enjoyed the (more or less) lack of bad language, also the distinct lack of over descriptive text - the sort which makes you suspect that the author was desperately trying to reach the word count for the day.
Unfortunately there was some sloppy editing near the end which explains only 4*, some typos and at LOC4473 around 86% of the book;- suddenly India turned into Rubria
As the pace picked up at the end and the two threads of the story came together I started to look for a twist and when it came it was as unexpected as anyone could expect.
I have now joined the ranks of Mr Ashman's happy readers
Leggi di più
Segnala un abuso
Traduci recensione in Italiano

jeanbreaksglass
2,0 su 5 stelle Did no-one read this before it was published?
Recensito nel Regno Unito il 21 dicembre 2014
Acquisto verificato
What can I say? When you restrict your reading to Kindle deals of the day for the sake of economy, you know most of these frogs aren't going to turn into handsome princes with a virtual kiss.
Started off ok, The writer, had done his research, I'm assuming it was accurate, however huge chunks of the 'pre-story' was delivered in the form of a lecture from the knowledgeable India. I think this book was supposed to be the new Da Vinci Code - ancient artefact- nasty religious cult concealed by the mantle of Christianity....nasty deaths.
Was it self published? Are there no longer such things as editors, or even proof readers? The worst thing about this book was the writing. The setting switches between ancient Rome and Modern Britain. There are a few clichéd attempts to sound ancient Roman, but the anachronisms are grating. Whatever a Roman priestess might say to indicate her assent its not going to be ok. Ok? Am I being too picky?? What about the misplaced apostrophes? The you're instead of your; calling the 21st century heroine by the name of the 1st century one. The girl who twists her ankle dropping into the dark which is never mentioned in the subsequent escape.
I have to say my heart sank as the hero announced he was going to open a specialist detective agency so look out for more along the same lines.
Leggi di più
Segnala un abuso
Traduci recensione in Italiano
Visualizza tutte le recensioni
Segnala un problema
Questo articolo ha contenuti inappropriati?
Segnala
Credi che questo articolo violi un copyright?
Segnala
In questo articolo sono presenti problemi di qualità o di formattazione?
Segnala