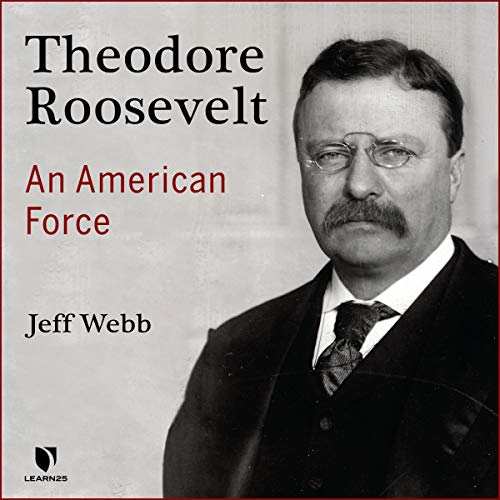 As you listen to this engrossing 15-lecture audio series from Prof. Webb, you’ll understand why Roosevelt’s colorful personality and audacious leadership style so enthralled Americans in the early 20th century and continue to fascinate us today.

Roosevelt’s years in office were marked by executive actions and policy measures that moved the institution along a new path and cemented its influence on the world stage. By stretching the boundaries of executive authority, Roosevelt inaugurated new practices that came to define the modern American presidency.

In this compelling series, you’ll examine Roosevelt’s early life and political career before he unexpectedly found himself president, at age 42, following William McKinley’s assassination in 1901. Then, you’ll explore Roosevelt’s presidency, noting instances where he blazed new trails for future presidents. A leader with inexhaustible energy and legendary charisma, Roosevelt’s celebrity status represented a powerful shift in US political tradition.

Join Prof. Webb to learn how Roosevelt shaped our collective idea of what a US president should be.