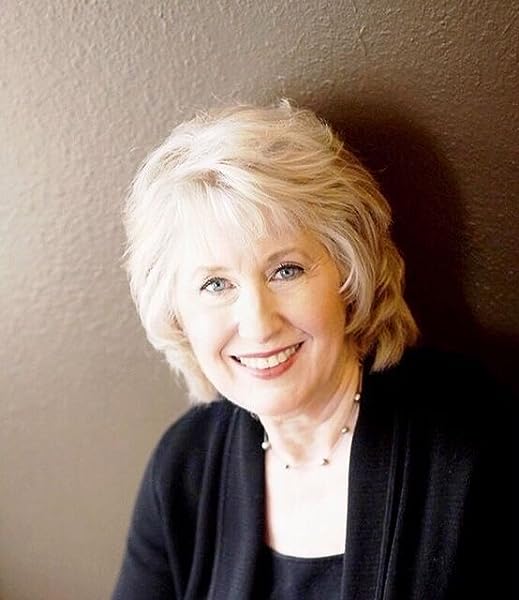 Only in complete silence

will you hear the desert.

Gaylen Mackenzie, a young, single American woman from Texas, is offered a position at her company's headquarters in Saudi Arabia. While excited by the idea of living and working in another country, she must confront the challenges of residing in a society that largely excludes women from just about every freedom she grew up taking for granted.

Gaylen settles into her new job and living situation and soon discovers her greatest adversary is loneliness. As a single woman, she is dependent on her male friends to accompany her when she steps foot outside the company compound. And even then, Gaylen risks getting in trouble with authorities each time she is out and about with male colleagues who are not blood relatives. Only Gaylen's cousin Tom, a U.S. airman on duty in Saudi Arabia, can act as her legal guardian during his short visit with her.

Adapting to this new world is more than remembering a headscarf when venturing beyond the isolated world of the company compound. But as the Kingdom slowly gives up its secrets, Gaylen learns to appreciate the hypnotic beauty of the desert and Islamic traditions. Maybe, just maybe, she can find her place in this fascinating world.

Patricia Taylor Wells calls upon her own experiences as a single young woman working for a company in Saudi Arabia. Like the delicate sand roses found in the salt flats of the Arabian desert, she reveals the fragile beauty and mystery of a country constructed over the ages from strong and proud traditions.

Dorsetgal
5,0 su 5 stelle Rich in Middle Eastern History
Recensito negli Stati Uniti 🇺🇸 il 28 maggio 2021
Acquisto verificato
The author has cleverly turned what feels like a short story into a full length novel. If you enjoy reading Middle Eastern culture, specifically, Saudi Arabian life, Ms. Patricia Taylor Wells brings the reader into the trials of Gaylen Mackenzie, a young, single, American woman, who finds herself in a Saudi job transfer, unable to function there without an appointed male at her side. It's Saudi law, where women take their places behind a man. The native dress, Saudi customs and male friendships flow throughout the descriptive narrative making this reader thankful for our freedoms we take for granted in the US. I had trouble reading some chapters because Gaylen was forced into such a subdued role in day-to-day "Kingdom" living, and I had hoped she could be allowed to take charge since she was a smart, educated woman and very capable. Sticking with the facts, the writer kept Gaylen in line with her company's wishes and subservient according to law. However, she handled the men around her beautifully, both home and abroad.

There's a limited romantic element to The Sand Rose, but considering the hardships and taboos in the Saudi Kingdom, any relationship between an unmarried couple is a risky venture. I wanted Gaylen to find love, but understood early on that in The Kingdom, it would be fleeting and unsatisfying. Gaylen's relationship with Rich was. Harrowing moments other than being stopped by military carrying AKs, were missing and badly needed. I longed for Gaylen to save her friends from their egos and themselves. Suspenseful scenes could brighten the daily mundane events depicted in The Sand Rose. Maybe in the sequel. I would love to see Gaylen return to Saudi Arabia, wiser and more adventurous. 4 1/2 Stars!
Leggi di più
Una persona l'ha trovato utile
Segnala un abuso
Traduci recensione in Italiano

Abdulelah
1,0 su 5 stelle A review
Recensito negli Stati Uniti 🇺🇸 il 13 luglio 2022
Acquisto verificato
In any place there are always two types of expats, those who try to blend in the society and truly value the experience and try to engage in their new environment, the other type are those who don’t because they believe that they would fail to or simply don’t try, the author is obviously from the latter.
This work of fiction is a "recall" of the author's own experience when she worked for a brief time in Saudi Arabia in 1980.
Although the story took place in Saudi, the Saudis themselves are almost in state of absence in the whole novel, there are no main or secondary Saudi characters in the story, which makes you wonder why the author wrote this piece in the first place? even if the author failed or didn’t try to make any kind of relationship or friendship with the locals in her real experience, she should create some fictional Saudi characters with real role in the story to construct an amusing narrative. which is an expected thing to read in any story with similar circumstances.
The very few Saudis In the novel are either primitive Bedouins or mad men with sticks waving it at people for whatever reason, or creepy men who lick their lips once they watch the heroine's bare legs.
In the author’s world there is no such creature as "Saudi intellectual", in fact the reader would struggle to find a single Saudi in the whole novel that can be considered "normal"
By being biased and very selective, the author spared no effort in depicting Saudis as odd people.
The novel is very boring, it’s a story (if there is any) of bunch of Americans in foreign land engaging in endless silly conversations, the irony in the novel that the heroine (Gaylen) used to hear loads and loads of absolutely false information about Islam, Islamic law and the Saudi society from her fellow American expats.
Gaylen in return rarely challenged or questioned any of it, she didn’t even try to hear from the Saudis themselves which is the normal thing to do when you really want to know about any people, but instead she believed whatever her fellow expats said, as if they are Professors of Islamic or Arabic studies.
Those expats according to the novel don’t speak the language of the land (Arabic), and just spent short time in the country before spitting this nonsense to her.
There is no doubt that Saudi in 1980 wasn’t developed as it is now and yes many of the laws and rules in 1980 in the country were strict.
However almost all of these laws have been revised and changed, and many of the governmental bodies and authorities in the 1980 (like the so-called religious police) are no longer exist today, at the end the Saudi society like any other society, went through many changes and legal reforms throughout history.
Any positive person should be grateful for any country that hosted him for a period of his life, it’s an experience that should any person value, no matter how many challenges or difficulties that he or she might faced.
To prove my point about the false information in the novel, I will just give 4 examples, there are tons but this is just small sample

Page 156
One of the characters in the novel said (if a married woman commits adultery or has forbidden sex, it’s legal for her father or brother to kill her)

Should I comment on that, I mean is there anyone with a sensible mind can believe this crap?

Page 36
One of the characters in the novel said (As recent as 1970, only two percent of Saudi's female population was literate)

This is absolutely not true, not even close to the fact, Saudi females started to go to schools in 1950s, by 1970 the literacy rate among women was much more than 2%, in my estimate it was at least 25%
My old mother and almost all of my old female relatives are literate, most of them started school before 1970
Before 1950s there was already small percentage of literate women, who learned reading and writing mostly from their literate male relatives.
However, now it’s very difficult to find illiterate person in Saudi, the illiteracy has been almost completely wiped out

Page 159
In this page a story of an American called Bert who was sentenced two years in jail in Saudi for bootlegging.
One of the characters said ( I heard that Betty (Bert's wife) is going to stay in Saudi while Bert's in jail, Prisoners have to buy their food or depend on someone else to bring it to them)

Wait a minute, what if the prisoner has no money or run out of money, would they let him starve to death? does this make any sense? would anyone believe that, is there any state in human history that didn’t feed the prisoners in its jails? is this an extermination camp or a jail for bootleggers? did the author live in Nazi Germany or in 1980 Saudi Arabia?

Page 95
One of the characters said to Gaylen (Well, be grateful that you have toilet paper, The Bedouins wipe their ass with their left hand and eat with their right hand, remember that in case you’re ever invited to dine with them)

Anyone with real knowledge about Islam knows that hygiene is an important thing for Muslims, it's an essential part of their religion and because of that when they defecate they don’t just wipe their ass with toilet paper like the Americans do, NO, they wash their concerned body parts and rub it and wash their hands afterwards.
You see that this very clean act which reflects the importance of cleanness for Muslims is depicted misleadingly by this Author.
You don’t have to be sensitive to notice that the "racist tune" is very explicit in many lines in the novel.
Leggi di più
Segnala un abuso
Traduci recensione in Italiano

Amazon Customer
5,0 su 5 stelle A Young Woman finds her inner strength when she is sent to Saudi Arabia for work.
Recensito negli Stati Uniti 🇺🇸 il 12 settembre 2021
Acquisto verificato
In THE SAND ROSE, Patricia Taylor Wells, takes the reader into the mysterious country of Saudi Arabia. The main character, Gaylen McKenzie, is transferred into the Middle East with her job. She suffers the consequences of being a woman, in a very male dominated culture with very strict rules.
She learns the culture and rules of covering her head every time she leaves her compound, making sure that she is with a male friend when she steps out in public. She has lost the independence that she knew from being from Texas. However, the beauty of the desert, and the religion of Islam were alluring. Gaylen finds herself in love, only to have an interesting twist in the end. She finds her true self!
Leggi di più
Segnala un abuso
Traduci recensione in Italiano