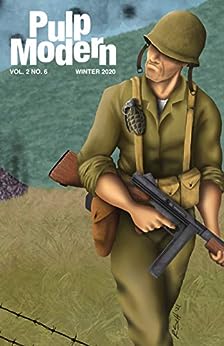 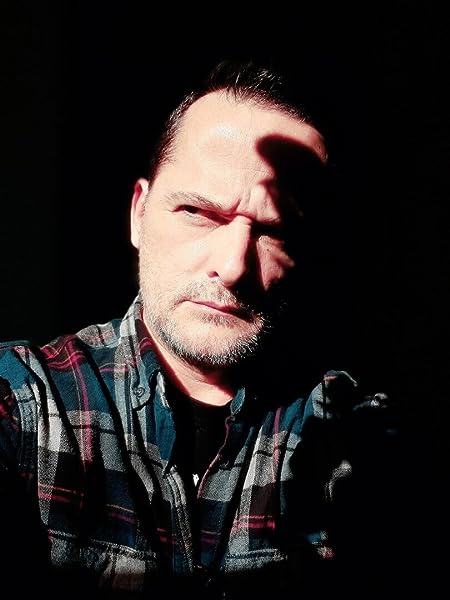 Steve
5,0 su 5 stelle For lovers of all things PULP
Recensito in Giappone 🇯🇵 il 7 febbraio 2021
Acquisto verificato
More than a pastiche to the pulp magazines of the 40s/50s Pulp Modern really strikes out an extraordinary niche of its own. Collecting a wide range of stories from a wide range of genres this magazine is really a joyous read. A twisted, dark, trippy story for whatever your mood. Extremely well edited and the art work is phenomenal.
Highly recommended
5/5
Leggi di più
Segnala un abuso
Traduci recensione in Italiano

Scotch Rutherford
5,0 su 5 stelle Pulp Modern Deep Six-ed?
Recensito negli Stati Uniti 🇺🇸 il 6 maggio 2021
Acquisto verificato
There’s a lot to like about this issue. It’s filled with strong writing. But as usual, there are some stories that just grab a hold of you. Here are my top picks for the issue.

"Just another Necky", Dustin Walker. This one’s a horror tale with hard sci fi realism, with just a sliver of procedural (too much procedural, and I can’t stomach it) Walker blends science fact and intelligence gathering specificity with a healthy amount of cynicism for bureaucracy, in this hard-boiled tale of the undead, and the men who stalk them.

"Tall Tales" by Louise Taylor, is essentially a cozy. What else would you call a story about a fourteen year old sleuth? An eight grader’s tendencies to tell tall tales inspired by Hitchcock movies (why not mimic the best?), malign her status as a reliable witness, when she single handedly uncovers a conspiracy. This is a small town cozy mystery, but Taylor manages to heighten the stakes with a hardboiled tone, and a high-concept layered plot. It’s a well-paced read, and a real page turner.

"Rotten Meat". There are a lot of fine offerings in this issue, but I don’t think I’m alone in my assessment here: this story is head and shoulders above the rest. It’s light on plot, heavy on character, with atmosphere thicker and meatier than the tail of a 15 foot Mississippi gator. It’s a rich character study, with metaphorical perfection that aligns an unseen psychosis with toxic levels of mediocrity. It’s a fantastic look into the human condition. Skewed visions aside, there’s a richness of character explored through an acute vision. There’s a lot to unpack. And this banger b Nils Gilbertson is even better on a second read.

Honorable mentions are “Art Model Noir” by Patrick Whitehurst, and Stephen J. Gold’s “Hari Kari” Aside from the rich storytelling, Ran Scott delivers the kind of fantastic one-frame characterizations, that thoughtful art direction lends to short stories. The “Armed and Dangerous” section by Anthony Perconti was a nice touch, and reminded me of The Digest Enthusiast.

On a final note. Most of the conflict in this issue is existential. I’m talking metafiction, here. Storylines generated by people in indie publishing who seek power. This issue was flagged on SM for “misogyny”, by a group of highly entitled moralists. A claim that doesn’t need to be proven. Like any of their claims. This highly entitled group does the “calling out”, but never gets checked, or called out. A community headed up by an exclusive boys and girls club, with the nerve to call themselves “counterculture”. One that ostracizes writers and publishers for violating “terms of service” (they’re quite serious about those. We all know how the counterculture loves appeasing NY5 publishing houses and giant media tech corporations. Wait, what?). They’ll claim such violations to be offensive to their righteousness and selfless high-morality. Mostly it's white males stealing causes (from women and people of color) for their “activism” to be used to denigrate other white people. Trust me when I tell you that ego politics are just tactfully used to get and keep power. You will agree with them (on everything) and you will follow the rules. If not, you’re going away. So where’s the misogyny? Read the issue, and see if you can find it. You won’t find a shred of it. This magazine is simply a threat against another publishing house’s master plan to own a scene. (the competing publication pales in comparison on every level) So is this the end of PM? They’ll be asking themselves the same thing about Issue 7. This entitled group of egocentric moralists has created a hierarchy within a tidepool. Ultimately, writing is a solo journey. My advice to writers is to avoid the stagnant tide pool known as the “indie crime scene”, and take your chances in the open water.
Leggi di più
5 persone l'hanno trovato utile
Segnala un abuso
Traduci recensione in Italiano
Visualizza tutte le recensioni
Segnala un problema
Questo articolo ha contenuti inappropriati?
Segnala
Credi che questo articolo violi un copyright?
Segnala
In questo articolo sono presenti problemi di qualità o di formattazione?
Segnala