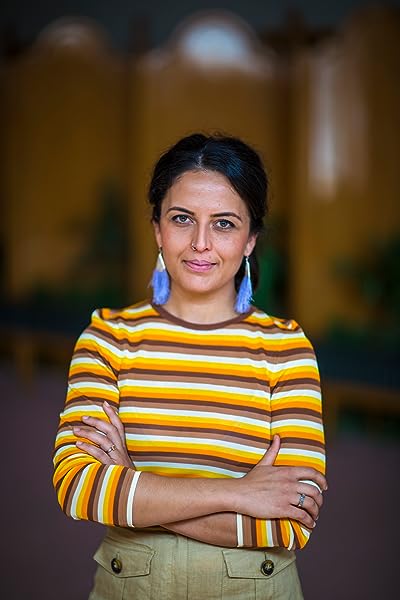 Parwana tells one family’s story of a region long afflicted by war, but with much more at its heart. Author Durkhanai Ayubi’s parents, Zelmai and Farida Ayubi, fled Afghanistan with their young family in 1987, at the height of the Cold War. When their family-run restaurant Parwana opened its doors in Adelaide, Australia in 2009, their vision was to share an authentic piece of the Afghanistan the family had left behind—a country rich in culture, family memories infused with Afghanistan’s traditions of generosity and hospitality.

These recipes have been in the family for generations and include rice dishes, curries, meats, dumplings, Afghan pastas, sweets, drinks, chutneys and pickles, soups and breads. Some are celebratory special dishes while most are day to day dishes. Each has a story to tell.

With beautiful food and location photography, this compilation offers valuable insights into the origins and heritage of Afghan cuisine and a fresh perspective to one of the oldest civilizations.

• Authentic recipes from an Afghan kitchen.

• Inspiration and ideas for special and everyday dishes, combined with stories about the ritual and significance of Afghan ingredients and recipes.

• A vivid and enriching story about how food connects people and communities, showing how food anchors us to our ancestry and can also be a bridge that connects us to people with very different experiences of life.

• With more than 65 million refugees, asylum seekers or displaced people worldwide, there is a poignant universality in this story, regardless of where in the world the story starts and ends.

• Approximately 100 recipes that have been in the family for generations, especially adapted for the home cook.

“...Each recipe includes clear-eyed instructions and notes on the dish’s origins—and some of the most enticing and colorful food photography of the season.”

"Restaurateur Ayubi's Afghani relatives fled their native country to settle in Adelaide, Australia, supporting themselves via their restaurant Parwana ("butterfly") and, later, a deli. Ayubi begins the book with a narrative of the Afghan nation, its domination by the Brits, Russians, and others; the violence there; and the peoples displaced. Into these skillfully told stories, Ayubi weaves the cross-pollinating of foods, culture, and recipes there. Many of the 90-plus dishes here will be recognized by global eaters: kebabs, naan flatbread, curry, halwah, and other foods. Other dishes will intrigue: a chutney without traditional sweetness, three different categories of rice, and street-wise traditions like stuffed flatbreads and dumplings. Elegant and personal color photographs expand each recipe's presentation, with occasional step-by-step directions accompanying more difficult items like breads. This is an homage to the strength and spirit of refugees, as well as a delicious reminder of what adventurous U.S. cooks can create.

“Interspersed between recipes are stories of the Silk Road, the Mughal Empire, and the Great Game, which illustrate how because of trade, plunder, and cultural exchange, Afghan cuisine is both beloved and recognizable. The book walks through classics like kabuli palaw, shaami kebab, and falooda (all of which, unlike so many restaurant dishes adapted to cookbooks, are incredibly achievable for the home cook) and demonstrate how Afghan cuisine both influenced and was influenced by nearly all of Asia. No matter what cuisine you’re most used to cooking, you’ll find a recipe, or even just a flavor, that feels familiar here.”

"Daughter-mother duo Durkhanai and Farida Ayubi intertwine history and food, and the personal and political, in this rich collection of Afghan recipes. "Of the millions of families displaced, mine was one," she says of their flight in 1985 from Afghanistan, when "the aura of the nation had been scrambled." Tying together the threads of their journey (they now own two restaurants in Australia) are family photos and an enticing array of dishes pictured in bold colors, with their recipes. Ayubi's maternal grandfather cooked spicy coriander-scented lamb kebabs "over hot coals in the garden" to celebrate Eid, the end of Ramadan; intricate steamed dumplings (mantu) filled with cabbage and carrots and topped with tomato and lamb sauce capture "cross-cultural pollination" along the Silk Road. Recipes are loosely organized by theme; for example, the final chapter covers the author's return to Afghanistan in 2012 and features foods said to represent the "bridging" of influences. Overall, the dishes, which include sweets such as semolina halwah with nuts, are traditional in flavor, but Ayubi doesn't shy from modernity: many, such as one for the Afghan national dish Kabuli palaw, a platter of rice with chunks of lamb "buried beneath," suggest using a pressure cooker for convenience. Parwana - the name of the family's first restaurant - is Parsi for "butterfly," and Ayubi's family's story is one of metamorphosis, elegantly told and deliciously accompanied.

Parwana is a multigenerational affair, and dining there mimics the boisterous energy of visiting a large family's home ... Rice is central ... and it may be Farida Ayubi's greatest gift to the universe. It is not often that a dish as common as rice will knock me off my dinner chair, but the aged, long-grain narej palaw at Parwana left me agog. Shot through with slivered almonds, pistachios and a restrained amount of candied orange zest, its main attribute was the toasty fragrance of the rice itself the other ingredients acted only as brilliant supporting characters. I couldn't keep myself from repeatedly bending over to inhale the steam rising from the platter, so much so that I started to make my table mates anxious. To hell with decorum: If someone made a perfume that accurately evoked the rice at Parwana, I would bathe in the stuff. -- Besha Rodell, The New York Times

“I’ve been longing to visit Parwana Afghan Kitchen in Adelaide, Australia, since ex-L.A. Weekly restaurant critic Besha Rodell wrote about it for her Australian Fare column in the New York Times in March 2018. The restaurant’s cookbook — written by Durkhanai Ayubi, who runs the restaurant with her mother, Farida Ayubi, father, Zelmai Ayubi, and four sisters — conveys far more than escapist fantasies during a pandemic. Narratives between recipes and evocative photos detail centuries of Afghan customs and, more urgently, the modern political crises that led the Ayubi family to flee Afghanistan to Pakistan and ultimately to migrate to Australia. Farida Ayubi’s recipes for jeweled rice dishes, herbed kabobs, mantu (dumplings bathed in yogurt and tomato sauces) and gently spiced sweets exist as remembrances and acts of preservation. ‘Parwana [the word is Farsi for ‘butterfly’] is underpinned by my mother’s vision — her belief that through her knowledge of the art of Afghan food, gifted to her from her mother and her foremothers, she had been entrusted with a treasure of old, a symbol of Afghanistan’s monumental and culturally interwoven past.’”

Durkhanai Ayubi is a freelance food writer and restaurateur involved with the day-to-day responsibilities of two family-run eating places: Parwana and Kutchi Deli Parwana. She has written for a number of international newspapers and websites and is currently undertaking a Fellowship for Social Equity funded by the Atlantic Institute in New York. She is the daughter of Afghani refugees Zelmai and Farida Ayubi who settled in Australia to raise their family. She tells the family story from her perspective, channeling her mother and father's memories and recipes. Parwana: Recipes and Stories from an Afghan Kitchen is her first book.

jonbod
4,0 su 5 stelle A great book - ruined by the designer
Recensito nel Regno Unito 🇬🇧 il 4 dicembre 2020
Acquisto verificato
It's a book of recipes... so the designer decided to put the list of ingredient in the smallest font on the page. Then decided to make it - not just the smallest font - but the lightest colour. And, as a parting shot, he covered most of the pages in a sort of pastel coloured streaky wash. So the bit you most want to read is almost illegible.
Leggi di più
17 persone l'hanno trovato utile
Segnala un abuso
Traduci recensione in Italiano

apple
1,0 su 5 stelle Don't waste your time and money
Recensito nel Regno Unito 🇬🇧 il 28 giugno 2022
Acquisto verificato
I wish there was an option of no stars. I've tried three recipes from this book. Two were below average and one was a disaster (kulcheh shor). I'm an experienced cook and baker.

Plus, too many pages on politics. I'm not anti-immigrants (I'm a diaspora myself) but since I bought a cookbook, I expected more pages on recipes.
Leggi di più
Segnala un abuso
Traduci recensione in Italiano

Miserable Anj
5,0 su 5 stelle Perfect cook book
Recensito nel Regno Unito 🇬🇧 il 24 dicembre 2020
Acquisto verificato
I have a real passion for Middle Eastern cuisine, and as a vegan it fits my life. Lovely recipes, touching backstory. It’s a great book. Tried a few recipes and they’ve been great. The halva was fantastic, I made so much I gave some to my neighbours who loved it!
Leggi di più
2 persone l'hanno trovato utile
Segnala un abuso
Traduci recensione in Italiano

Stephanie Batchelor
5,0 su 5 stelle New Recipes far different from the normal
Recensito nel Regno Unito 🇬🇧 il 9 aprile 2021
Acquisto verificato
What a Beautiful Book with fantastic recipes very different from all my other Cookbooks I bought this for my 32 year old Son who absolutely lives it, the pictures, recipes and insight into their lifestyle is us ectremy mind blowing I've told everyone about it and so does he
Leggi di più
Segnala un abuso
Traduci recensione in Italiano