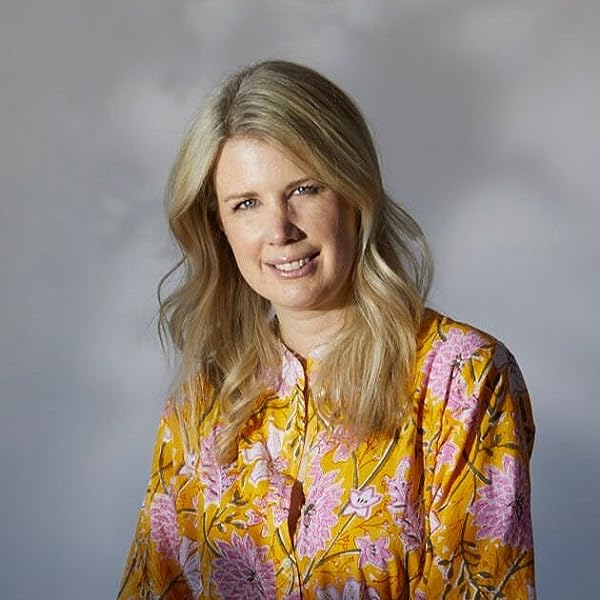 “What a deep dive this is into the world of spice. . . . And then the recipes! Recipes which allow the reader to travel from Asia to the Middle East along the spice route, taking in so much flavor and so much context on the way.” —Yotam Ottolenghi

Through 80 spice-infused recipes, spectacular images, and a mouthwatering culinary journey along the ancient spice trail, award-winning author Eleanor Ford’s luscious new volume reveals how centuries of spice trading and cultural diffusion changed the world’s cuisine and how to best stock and enjoy spices in your own home.

From humankind’s earliest travels, people have followed and sought out the spice routes. These maritime trading trails acted as the central nervous system of the world, enabling the flow of goods and ideas.

In this richly illustrated volume, Eleanor Ford uses recipes as maps as she takes readers on a culinary journey that weaves through history and around the world. She explores both the flavor profiles and the spread of spices—from cardamom to cinnamon, ginger to sumac—and provides fascinating insights such as how nutmeg unites the spice blends Indian garam masala, Lebanese seven spice, French quatre epices, Moroccan ras el hanout, and Middle Eastern baharat, lending its bittersweet, fragrant warmth to them all.

This unparalleled volume provides 80 flavorful recipes for entrees, appetizers, sides dishes, and more, enabling you to make a divine garlic clove vegetable curry, jasmine tea-smoked chicken, Indonesian seafood gulai, as well as staple spice pastes and mixtures to have on-hand. The result will enable you to stock up and to have a home kitchen rich in international flavor and fragrance.

Eleanor Ford is a food writer, recipe developer, and food stylist who has traveled to seventy-seven countries, collecting eclectic and evocative recipes for inspiration or to reproduce. Her book Fire Islands: Recipes from Indonesia (Apollo Publishers) won the Best International or Regional Cookbook award at the 2020 Guild of Food Writers Awards, and the Kerb Food and Drink Travel Book of the Year award at the 2020 Edward Stanford Travel Writing Awards. She is also the coauthor of the cookbook Samarkand: Recipes & Stories from Central Asia and the Caucasus, which was named a book of the year by The Guardian and Food52’s Piglet Tournament of Cookbooks, and awarded a Food and Travel Prize by the Guild of Food Writers. Eleanor was also a recipe developer and editor for the Good Food Channel, BBC Food, and Good Food magazine; the local editor for Zagat’s Hong Kong restaurant guide; a Zagat Buzz restaurant blogger in London; and a Time Out restaurant reviewer specializing in Asian and international foods. Eleanor lives in London, England.

Using recipes as our maps, we are embarking on a culinary journey that weaves through history and halfway around the world, following the ancient trails of maritime trade known as the spice routes.

Our voyage starts in the Indonesian spice islands for nutmeg and cloves, taking us to China for ginger, Sri Lanka for cinnamon and India for cardamom and black pepper, via the Middle East and northeast Africa to Europe, where we find cumin, coriander (cilantro) and saffron. Each ancient port is linked by the ribbon of spice and with it have travelled ingredients and cooking techniques that have been assimilated, adapted, refined and reinvented over and over. We will be exploring how centuries of spice trade and cultural diffusion have changed the world’s cuisine.

The spice routes led to an early and enduring mingling of Asia and Europe, East and West. It knitted together a shared history.

Focus is often placed on only a short period, for the Age of Discovery and rampaging colonial conquest from the fifteenth century AD onwards tend to fire the historical imagination. Yet the peaceful trade and the gentle spread of ideas and knowledge that took place over many millennia prior make a quieter and equally compelling story.

Seafaring was a historically dangerous endeavor, yet throughout antiquity people have been enticed into unknown waters by the allure of the exotic, and the prices such rarities could fetch. Across thousands of years, trading links from Indonesia fanned out through Asia and met with those spreading from the Middle East. Spices travelled from one end of the earth to the other. They came to hold great value, used in food, religion and medicine, and so the Indian Ocean was coursed by Chinese, Malayan, Pharaonic, Phoenician, Graeco-Roman, Arab, Jewish, Indian and European merchant seafarers all united by a common temptation.

The vast network of sea routes that developed linking East and West makes up part of the trade system, along with the land-based Silk Road. Sometimes it is referred to as the Maritime Silk Road. Fogged with romance and cliché, this concept is a European conceit and comes with an assumption of the primacy of its own region as consumer. In reality, there has never been a simple passage leading from the steamy spice forests of Asia to kitchens in the West. Instead, we see an ever-changing web of trade with flow in all directions, some spices traveling great distances and some hardly traveling at all but finding a home in local cuisines.

A few made their journey exclusively overland—musk, cassia, and licorice trekked with camel caravans across Central Asia—but these are the exception. As the most sought-after spices grew on impenetrable forest islands, the trade was largely conducted by sea. This lent the routes to frequent realignment, and journeys that initially skipped along the skirts of Asia, interspersed with occasional land passages, gradually edged away from the shores as maritime technology improved.

That these grand spice routes existed at all can’t be traced through archaeological evidence. Their legacy lingers on in a less tangible form, in the sharing and blending of ideas. With every ship that set sail packed with valuable cargo, fresh knowledge was carried over the seas to the next port.

One of the ways this is most evident is in the food cultures that have developed in concert with each other throughout history.

craftylady
5,0 su 5 stelle i can only say GET OUT AND BUY A COPY
Recensito nel Regno Unito 🇬🇧 il 2 maggio 2022
Acquisto verificato
What an amazing book. Spice detective work and historical facts that simply blew my mind. I cannot wait for this to be released so that i can purchase copies for myself and my friends. Highly recommend this book.
The recipes are so well researched but anyone can produce recipes, to me this is a book full of little known facts that introduce many new spices that I cannot wait to see if I can purchase to try them.
As i write this review i have ow purched copies for a few of my friends who have already said how amazing it is.
Leggi di più
5 persone l'hanno trovato utile
Segnala un abuso
Traduci recensione in Italiano

MS D HOLMES
5,0 su 5 stelle This book is a revelation!
Recensito nel Regno Unito 🇬🇧 il 26 giugno 2022
Acquisto verificato
I love cooking with spice but this book was a revelation! It tells you so much about spices and their origins, as well as their uses and contributions to dishes. We have had so many good dishes from this book, the recipes are characterised by simple process but great depth of flavour. I also like the suggestions on recipes for accompaniments and complimentary sides. The rewards of the recipes outweigh the effort needed in my experience. I don't think I have ever cooked so many dishes from a single recipe book so I have just taken delivery of Eleanor's first book Fire Island, it looks just as exciting!
Leggi di più
3 persone l'hanno trovato utile
Segnala un abuso
Traduci recensione in Italiano

Gillie
5,0 su 5 stelle My favourite book ever purchased
Recensito nel Regno Unito 🇬🇧 il 6 luglio 2022
Acquisto verificato
I have hundreds of recipe books and honestly this is my favourite ever. I am an experienced cook with almost 50 years experience. I must say this is an absolutely excellent book. If you like experimenting and using many spices, herbs, homemade marinades, rubs and a wonderful selection of ingredients. If it was possible to submit more *s I would say 10 *
Leggi di più
2 persone l'hanno trovato utile
Segnala un abuso
Traduci recensione in Italiano

Annie
5,0 su 5 stelle Interesting and wonderful recipes
Recensito nel Regno Unito 🇬🇧 il 26 giugno 2022
Acquisto verificato
I bought this book in hardback, it is much more than a recipe book and really does take you on a culinary journey. I have a broken arm which means it's difficult to cook at the moment and difficult to read a heavy book. No problem in the first instance - DH who until now was an occasional cook, has used several of the recipes and they have ALL been successful. No problem in the second instance, I love this book so much that I have also bought it in kindle format.
I highly recommend this book (could you tell?)
Leggi di più
Una persona l'ha trovato utile
Segnala un abuso
Traduci recensione in Italiano

Borderbird
5,0 su 5 stelle On the Spice Trail
Recensito nel Regno Unito 🇬🇧 il 29 aprile 2022
Acquisto verificato
A wonderful book for all those who love spices and are curious to know just about everything about them. Beautifully illustrated with lots of tempting recipes this is the book I have waited a lifetime for. Just fabulous in every way.
Leggi di più

5,0 su 5 stelle On the Spice Trail
Recensito nel Regno Unito 🇬🇧 il 29 aprile 2022
A wonderful book for all those who love spices and are curious to know just about everything about them. Beautifully illustrated with lots of tempting recipes this is the book I have waited a lifetime for. Just fabulous in every way.
Immagini presenti nella recensione