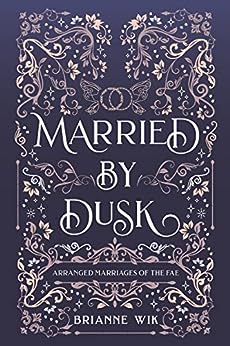 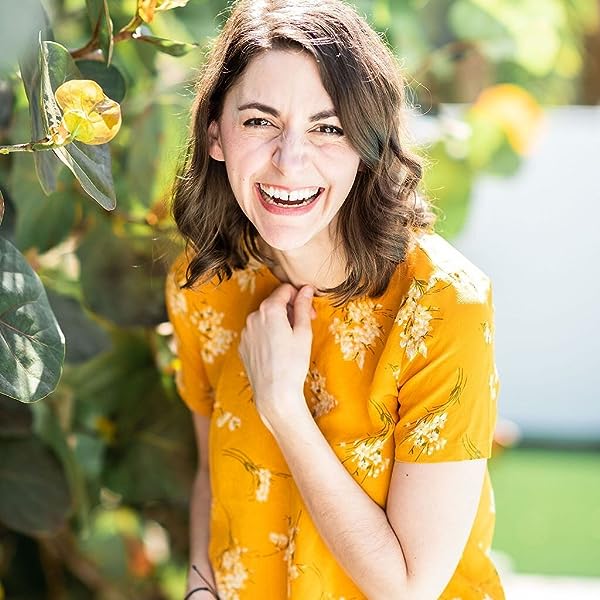 Their union could unify their kingdoms…or end in ruin.

Though she is heir to the throne, Princess Elena lives a pampered and sheltered life. Carefree and unaware of the dangers surrounding her kingdom, she has never learned how to navigate hardships or be a leader to her people, always allowing her parents to rule.

But when the humans declare war on her kind, Elena is blindsided by a sudden and startling marriage arrangement to none other but the Dark Prince himself. Horrified by this turn of events, Elena promises to do what is necessary, but that doesn’t mean she has to be happy about it.

Prince Tynan might begrudge the arrangement, but he knows the stakes and is willing to do what is necessary for the sake of his kind. Even if it means aligning himself and his kingdom with the prejudiced Light Fae and their pampered princess.

So why does his magic stir beneath his skin the moment he sees her? And why is she so drawn to the Dark Fae she’s supposed to hate?

Married by Dusk is the seventh book in the Arranged Marriages of the Fae series, a multi-author collaboration of romantic fantasy stand-alone novellas, designed to be read independently. Together, they feature arranged marriages in fae fantasy and offer complete romances while also allowing the reader to enjoy a variety of tones and approaches. Perfect for romantic fantasy readers with busy lives who love swoony romance.

Married by Dusk is set in the same world as The Iridescent Series by Brianne Wik. Journey back to the Kingdom of Alstonia to learn how it all began, or start your adventure here for the first time!

Discovered outside of a wardrobe when she was young, Brianne Wik was born in Narnia and raised by the Princesses in Disneyland before her house was relocated by a freak tornado to North Carolina, where she got some awesome shoes and settled down with her fluffy cat named Lovey. When not writing, Brianne can be found curled up on the couch reading all things fantasy romance or quoting Gilmore Girls while snuggling her cat. Learn more about Brianne at BrianneWik.com and connect with her personally on Instagram @BrianneWik --Questo testo si riferisce a un'edizione fuori stampa o non disponibile di questo titolo.

I loved Elena’s powers to make plants grow-something I’ve always wished for myself.

Elena & Tynan’s relationship blooms into a healthy example of a marriage that I would be comfortable with my teen reading.

The story was well paced and the world so robust I never realized I was reading a novella.

The only thing I found jarring was the villains are the human. Plausible, given the world, but I found myself bristle every time the evil humans were mentioned. 😆

Sahana Ramnath
5,0 su 5 stelle Loved it!
Recensito negli Stati Uniti 🇺🇸 il 26 dicembre 2022
Acquisto verificato
Okay, this was a really beautiful and emotional story :'')
It's an arranged marriage with a sort of fated mates trope, with two fae who initially assume they'll hate each other because of unfounded prejudice. Their actual relationship development was very shy and sweet, and I finished this book in like one session. The plot and romance were given equal weightage, and it was interesting to see both angles progress steadily. I particularly loved the way the MCs showed their vulnerabilities to each other, and the way each helped the other through it 🥲
Leggi di più
2 persone l'hanno trovato utile
Segnala un abuso
Traduci recensione in Italiano

Gewels
5,0 su 5 stelle A gripping story of love and betrayal
Recensito negli Stati Uniti 🇺🇸 il 25 ottobre 2022
Acquisto verificato
Instead of an arranged marriage between a human and fae, this story is about a match between a light and a dark fae.
There is much heartache and sorrow when war claims loved ones.
Human warriors keep popping up unexpectedly to kill and kidnap. The story of the prince and princess as they seek to save their people had me at the edge of my seat!
Leggi di più
Una persona l'ha trovato utile
Segnala un abuso
Traduci recensione in Italiano

MommieJ
5,0 su 5 stelle Best one of the series!
Recensito negli Stati Uniti 🇺🇸 il 24 gennaio 2023
Acquisto verificato
I've now read the whole Married by......series and I can say that this was the best one. Almost all of the others felt like they were first drafts and lacked any depth. This one felt like a true short story. I wasn't left questioning, wanting, or needing more to make it "great." I believed the motivations, desires, and actions of the characters. Very well done.
*I give this a G rating. It's suitable for teens and mature tweens.
Leggi di più
Segnala un abuso
Traduci recensione in Italiano