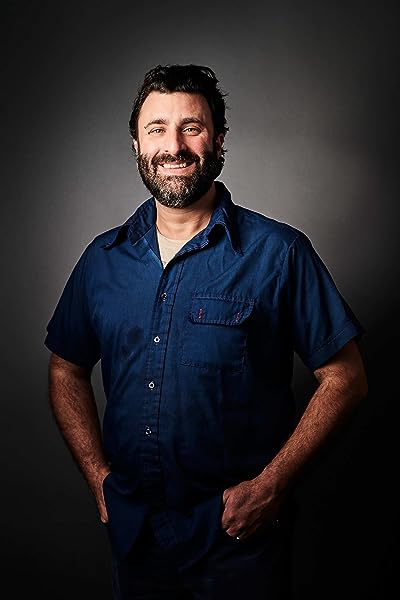 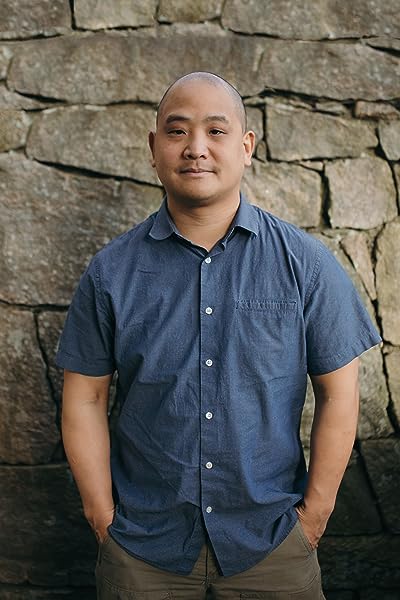 "This book is remarkable."David Zilber, co-author of The Noma Guide to Fermentation

"The perfect next step"NPR's "Science Friday"

For viewers of "Salt Fat Acid Heat," the first book devoted to processes, concepts, and recipes for fermenting and culturing foods with koji, the microbe behind the delicious, umami flavors of Japanese cuisine

Koji Alchemy chefs Jeremy Umansky and Rich Shihcollectively considered to be the most practical, experienced, generous educators on the culinary power of this unique ingredientdeliver a comprehensive look at modern koji use around the world. Using it to rapidly age charcuterie, cheese, and other ferments, they take the magic of koji to the next level, revolutionizing the creation of fermented foods and flavor profiles for both professional and home cooks.

Koji Alchemy is empowering and does much to open the door to further creativity and innovation. . . . I cant wait to see and taste the next wave of koji experimentation it inspires. Sandor Katz

‘They say a gram of koji contains millions of spores. Shih and Umansky equal that with insights, bringing scientific understanding to koji’s magical powers of transformation (without spoiling any of the magic). Koji Alchemy is an immensely informative read.’

‘Koji Alchemy is a vital and timely book. Not only does it go deep into the culture of koji and how we can use it to produce amazing misos and charcuteries, it also includes practical advice on how to integrate this knowledge into your existing kitchen system with an HACCP plan. Koji is about flavour through preservation, and this book goes beyond the everyday to demonstrate the beautiful alchemy that arises when you allow koji into your life.’

‘Koji Alchemy is a great, well-written book that draws you in from the start, equipping readers with the knowledge needed to discover more about this mysterious ingredient. Koji is well-documented as a core ingredient in Japanese cooking, a starting point with plenty more to be discovered. I love that this book demonstrates how its use for imparting and discovering flavour can be continuously explored in all cuisines. Koji Alchemy is the road map that sets you on that journey.’

‘What an extraordinary book Koji Alchemy is. I leapt headfirst into the section on vinegar, but from there couldn’t resist discovering all the other ways that Shih and Umansky expound on the flavour impact of koji. It’s a book for ingredient geeks, for sure (which I mean as a compliment), but written engagingly enough to appeal to anyone with a serious interest in food. My culinary mind is blown.’

‘Rich and Jeremy have dedicated years to researching and experimenting with both traditional and utterly novel uses for koji. With Koji Alchemy, they open their notebooks to the rest of us, sharing their deep knowledge and infectious enthusiasm for this remarkable mold. This book, at once comprehensive and approachable, will prove invaluable to any curious cook looking to make more flavorful food, reduce kitchen waste, or experiment at the frontier of an exciting world of fermentation.’

‘It’s not every day that deeply passionate, creative, and collaborative people take on the demystification of a revered ingredient. But herein lies just that: a truly educational, comprehensive, and delicious exploration of one of the most versatile molds out there. So grateful for this book.’

Cortney Burns, chef; author of Nourish Me Home and coauthor of Bar Tartine

‘Koji Alchemy is about discovery. It is about collaboration with microbes and humans. It is about cultural exchange, and most importantly, it is about making flavor. Jeremy and Rich gracefully navigate this ancient art and its modern renaissance that breaks from tradition, bringing us a complete look at this versatile domesticated fungus.’

Jeremy Umansky, along with Allie La Valle-Umansky and Kenny Scott, is a chef/owner of Larder: A Curated Delicatessen & Bakery in Cleveland, Ohio, a from-scratch Eastern European deli focusing on the use and promotion of local and wild foods that was nominated by the James Beard Foundation as the Best New Restaurant in America in 2019. Umansky is as a foremost expert on koji and fermented, preserved, and foraged foods and works as a consultant on the use and creation of these foods and ingredients.

Articles written by and about Umansky's work have appeared in Food & Wine, Bon Appetit, and Saveur, among other outlets.

Rich Shih is one of the leading culinary explorers of koji and miso in the United States and an in-demand food preservation consultant, helping chefs to build their larders and leverage fermentation to decrease waste, and offering ideas with which to experiment. Shih offers both public and private workshops across the United States to share koji knowledge. In addition to working with koji and fermentation, Shih is the Exhibit Engineer for the Museum of Food and Drink (MOFAD) based in New York City. His blog, OurCookQuest, provides a welcome environment for cooks of all experience levels to learn, share knowledge, and exchange ideas.

Sandor Ellix Katz is a fermentation revivalist. A self-taught experimentalist who lives in rural Tennessee, his explorations in fermentation developed out of overlapping interests in cooking, nutrition, and gardening. This book, originally published in 2003, along with his The Art of Fermentation (2012) and the hundreds of fermentation workshops he has taught around the world, have helped to catalyze a broad revival of the fermentation arts. Newsweek called Wild Fermentation "the fermenting Bible," and The New York Times calls Sandor "one of the unlikely rock stars of the American food scene." For more information, check out his website www.wildfermentation.com.

Sandro
5,0 su 5 stelle Amazing
Recensito in Italia il 16 luglio 2020
Acquisto verificato
The most lifechanging book i have ever bought!
Thank you for sharing!

Andy
1,0 su 5 stelle Useless if not harmful for your time and purse
Recensito nel Regno Unito il 26 agosto 2021
Acquisto verificato
If you like to be constantly interrupted by all kinds of random people - this book is just for you. It looks and feels like pop up advertising on paper. The very moment you felt a slightest interest in the topic - a gray area pop up would intrude your space and interrupt whatever you were doing.

As for the index of this book - it is better to not even begin. If you'd like to find some recipe quickly - you're out of luck, there is everything in the index except one word - recipe. So you have to scan through all that, trying to guess where the recipes would most likely be. Then you go to that page and start scanning from there. If there is no recipe in this part of the book - bad luck, try again. If there is one - it most likely would not be the classical one nor the authors one, it would be of some random unknown to you person like John or Jane or some such.

But even if eventually you found a recipe - it would not necessarily work. The very first recipe of sake (p. 172) reads 4L of cooked rice and 1L of water. Do you realize that one part of water would not even cover four parts of rice? About any recipe online has at least the same amount of water, most of them having rice to water ratio about 2:3 which makes sense, the yeast simply would not work without water! After reading that recipe I lost that tiny amount of trust I had for the authors and started a return case.

So personally for me, the ratio of empty talk to practical usable knowledge in this book is 10:1 and even that 1 is difficult to find and you'd have to create your own index to keep it accessible.

Luke
5,0 su 5 stelle Revealing a widespread secret of deliciousness
Recensito nel Regno Unito il 16 novembre 2020
Acquisto verificato
I had no idea that some of the world's tastiest foods - soy sauce, miso, sake, etc - all had koji in common. This book demystifies koji, with a lot of traditional and novel uses for it. It's one of the most eye-opening food related books I've ever read, and I keep longing to make miso chocolate chip cookies...
Leggi di più
2 persone l'hanno trovato utile
Segnala un abuso
Traduci recensione in Italiano

ken
5,0 su 5 stelle Unknown knowledge is a sad loss
Recensito nel Regno Unito il 15 dicembre 2021
Acquisto verificato
I had no idea about koji, I am taking my time to sip through this book to discover gems of knowledge and techniques. Anyone who’s pallet desires new dynamic flavours textures and magic should at least read the summary if not buy the book
Leggi di più
Segnala un abuso
Traduci recensione in Italiano

Amazon Customer
5,0 su 5 stelle scientific explanation and tons of recipes, amazing info packed book with photos
Recensito in Canada il 21 giugno 2021
Acquisto verificato
Handling foods, exploring and be creative can be joyful , but it could have risk on the other side. Great thing about this book is, it covers safety tips in great amount.
Koji is amazing, unique high power to work on starch which gives us sweet taste. It has full of enzyme work on starch, protein, and lipid. The range of application Koji can be used is so wide.
It can also do solid state and also liquid state fermentation. I don't recommend anyone to do third stage fermentation (cultivate spores ) though. If you do this, this part might have risk, because not enough scientific research had done. The mold grew in hot and humid environment for hundreds of years. If you are in a dry part of the world, buy koji spore powder from trusted Japanese companies. They are cheap.
Leggi di più
Una persona l'ha trovato utile
Segnala un abuso
Traduci recensione in Italiano
Visualizza tutte le recensioni