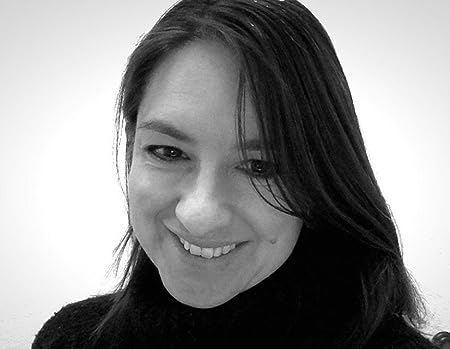 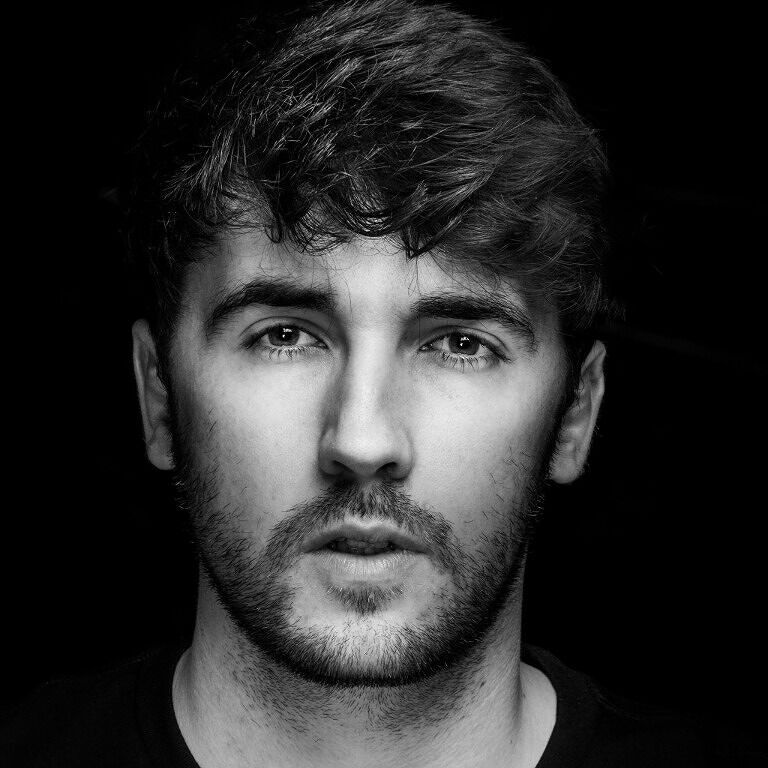 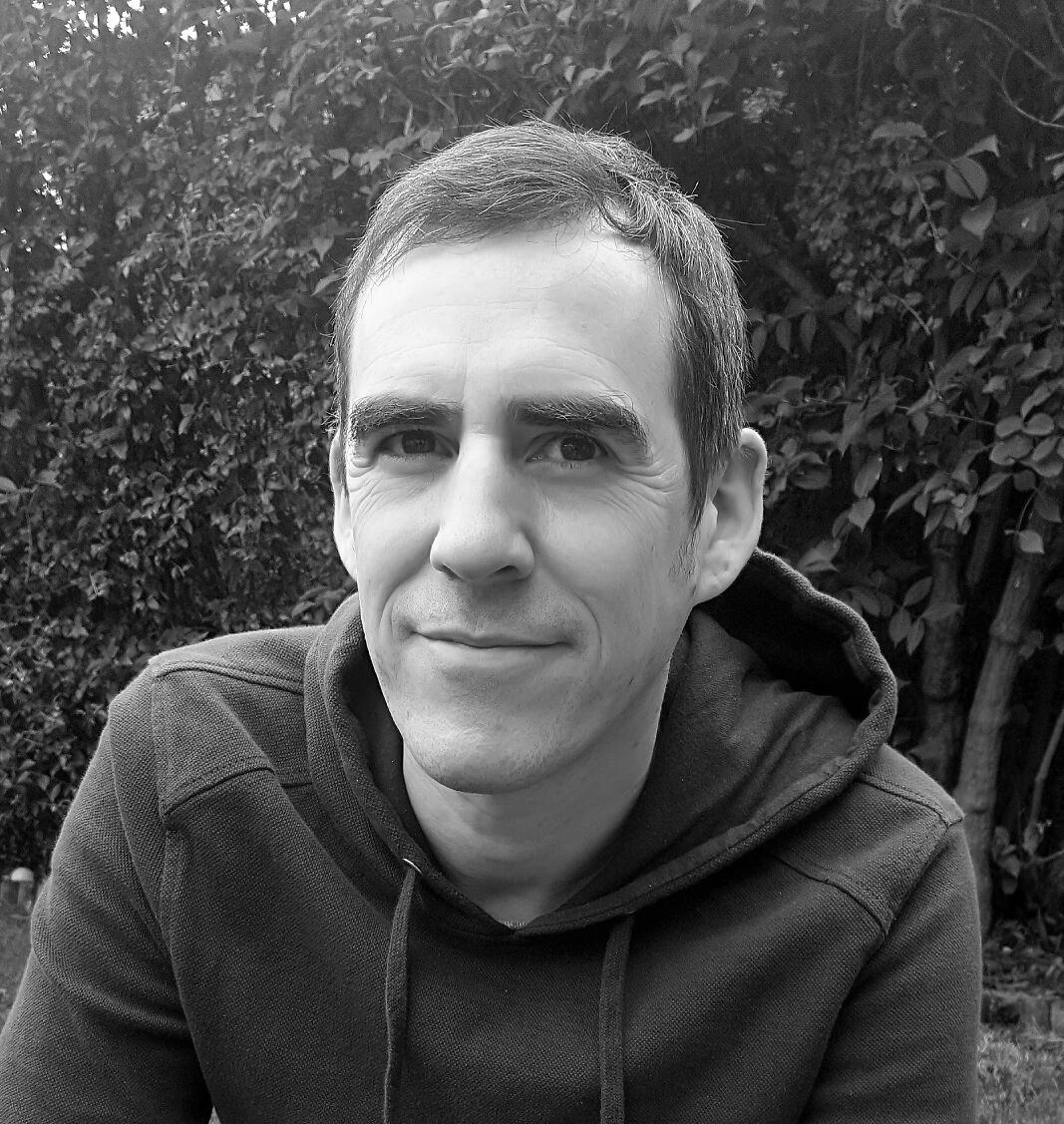 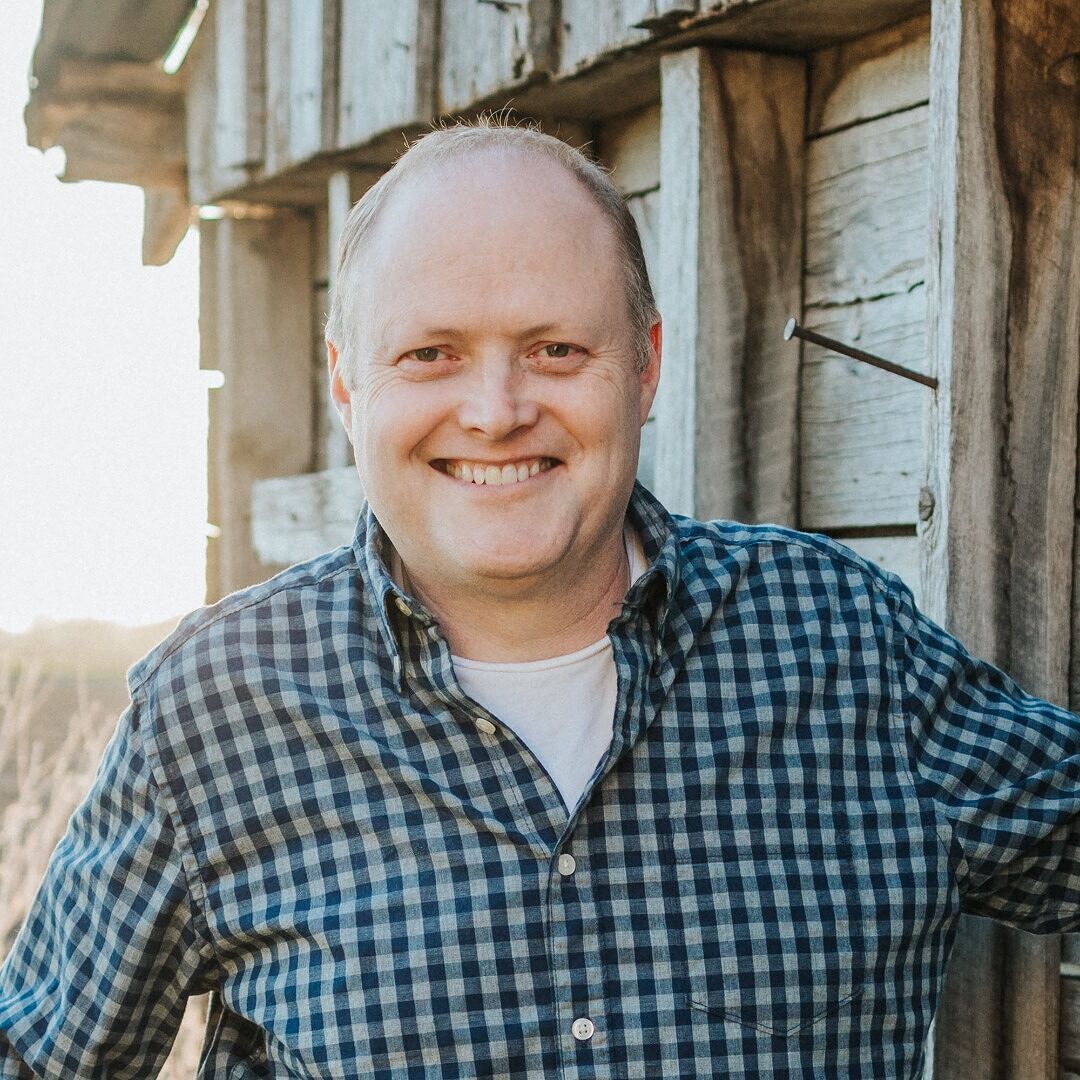 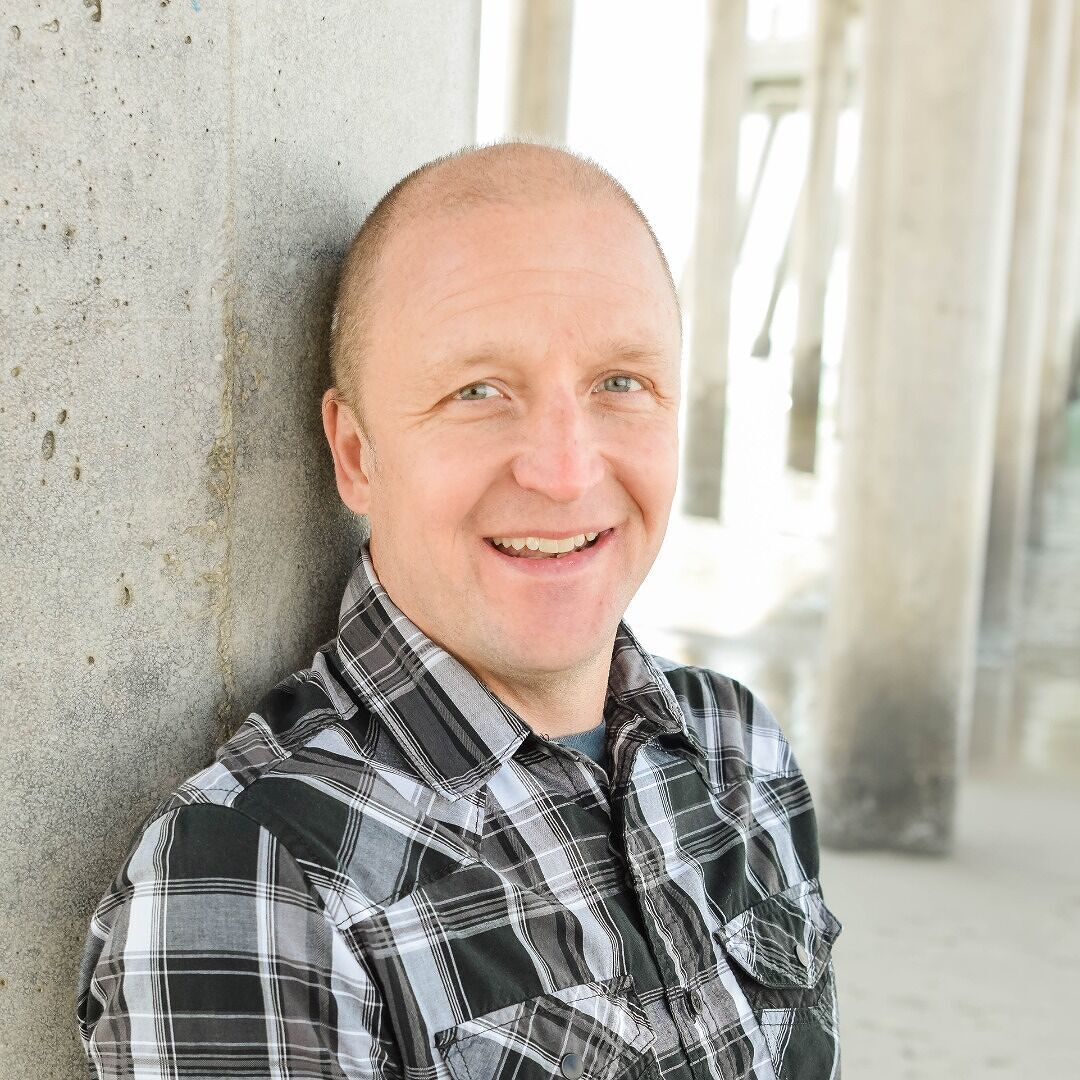 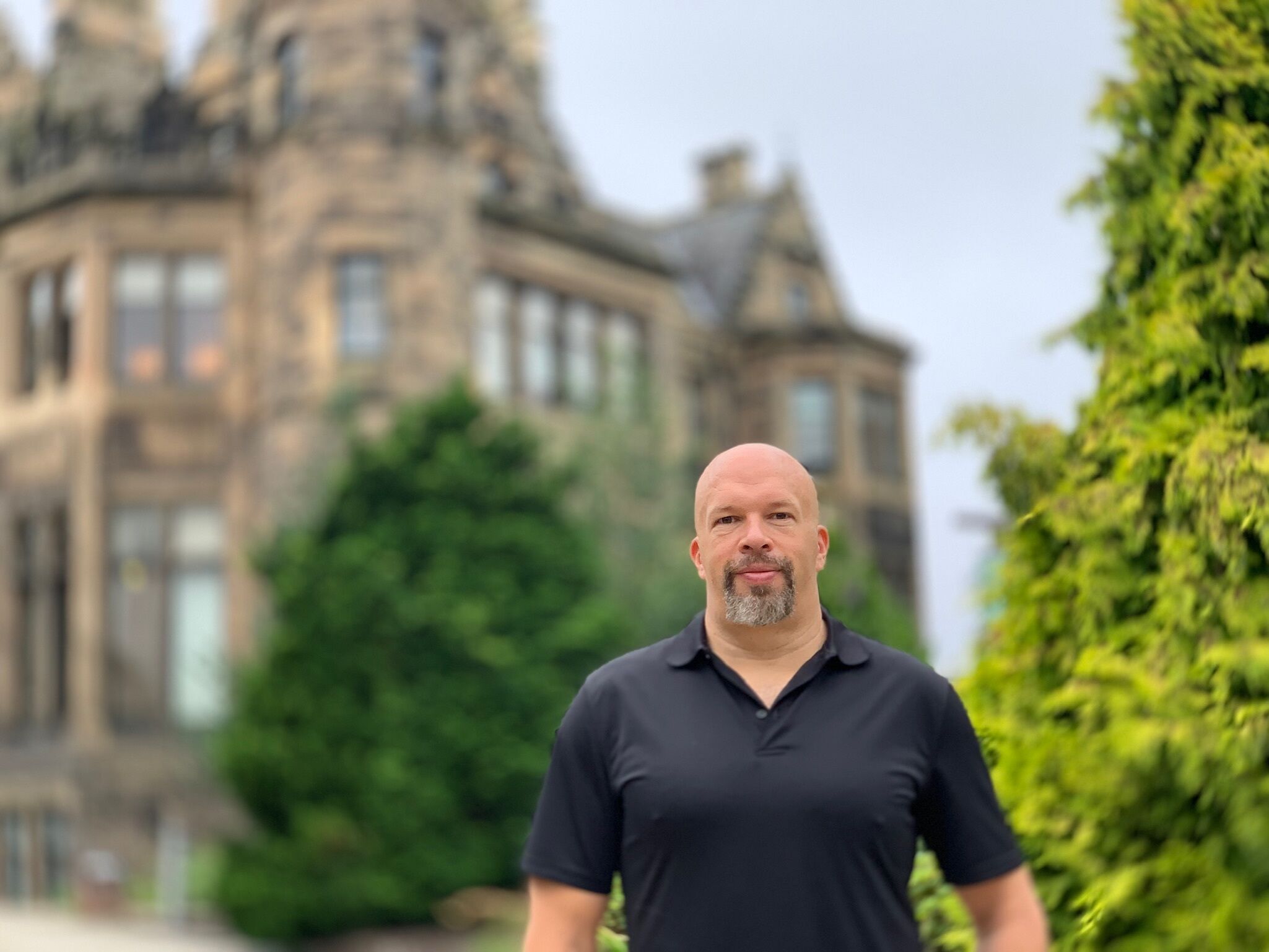 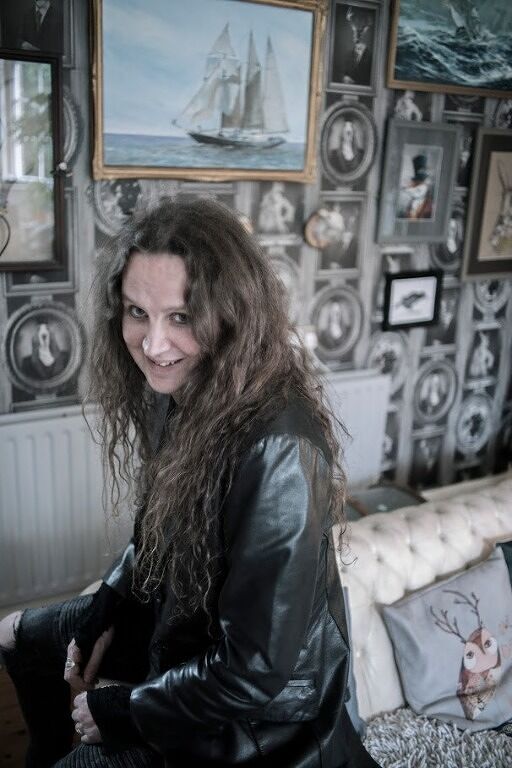 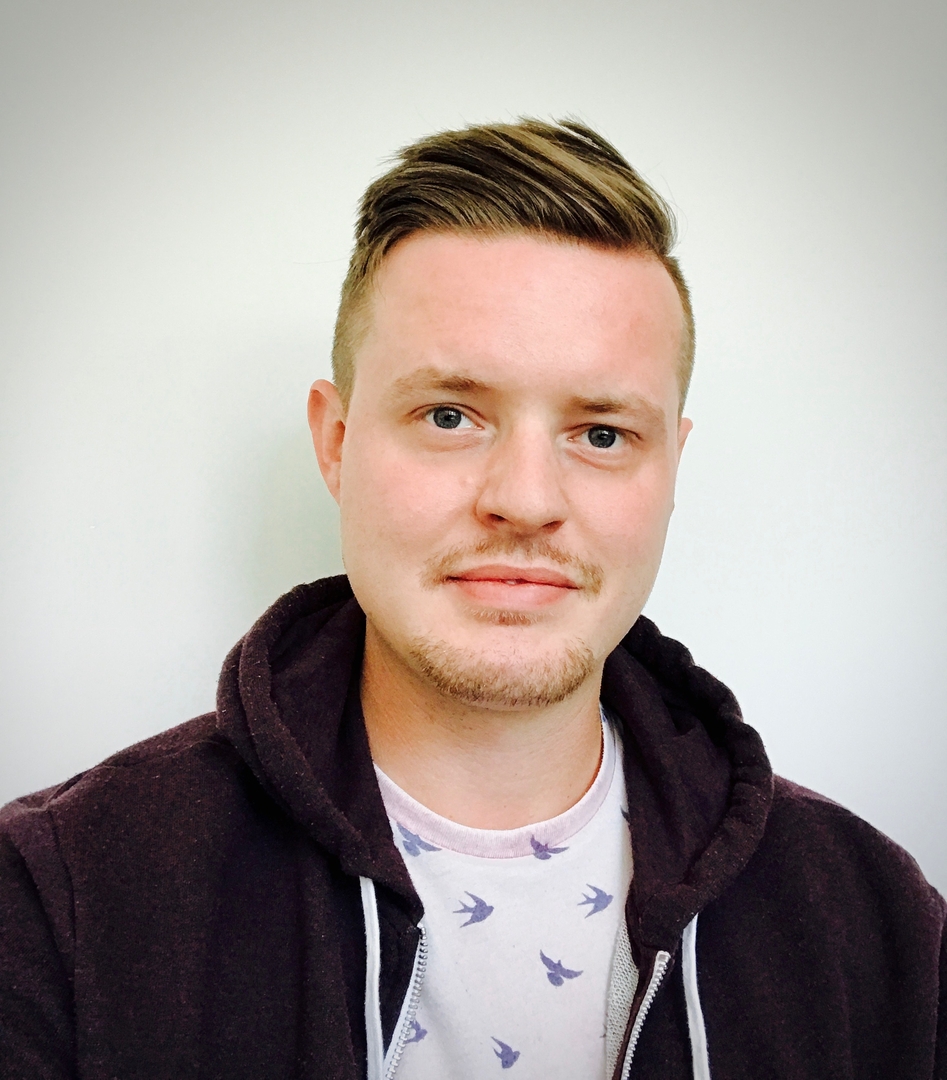 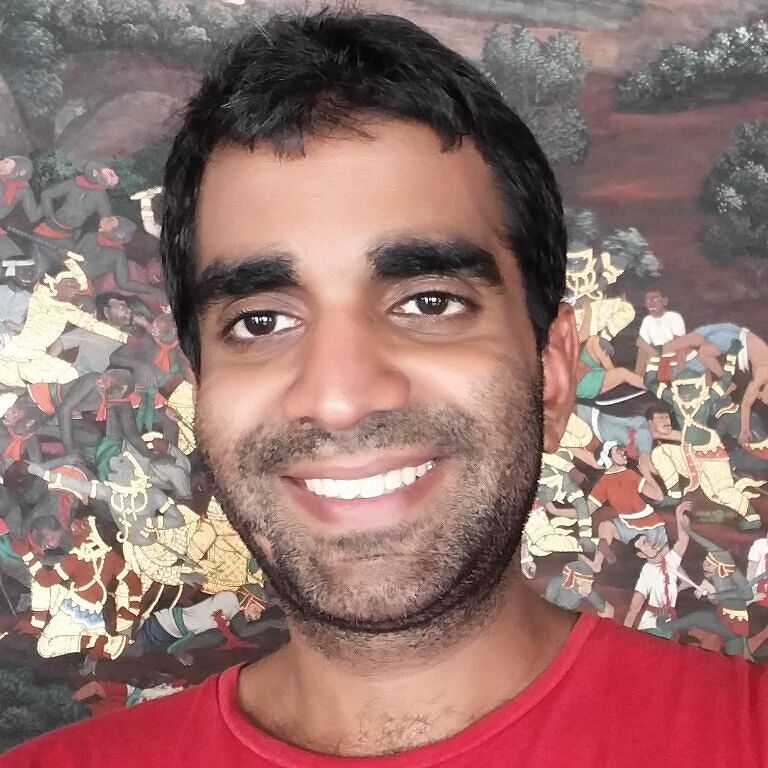 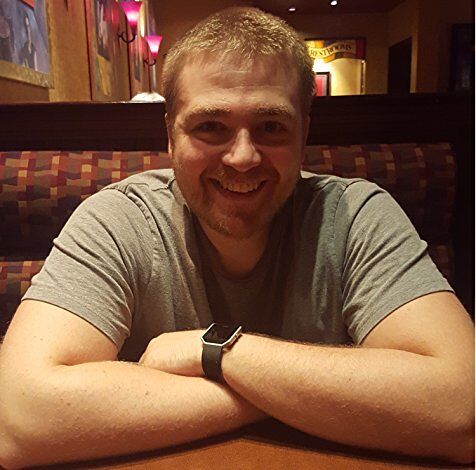 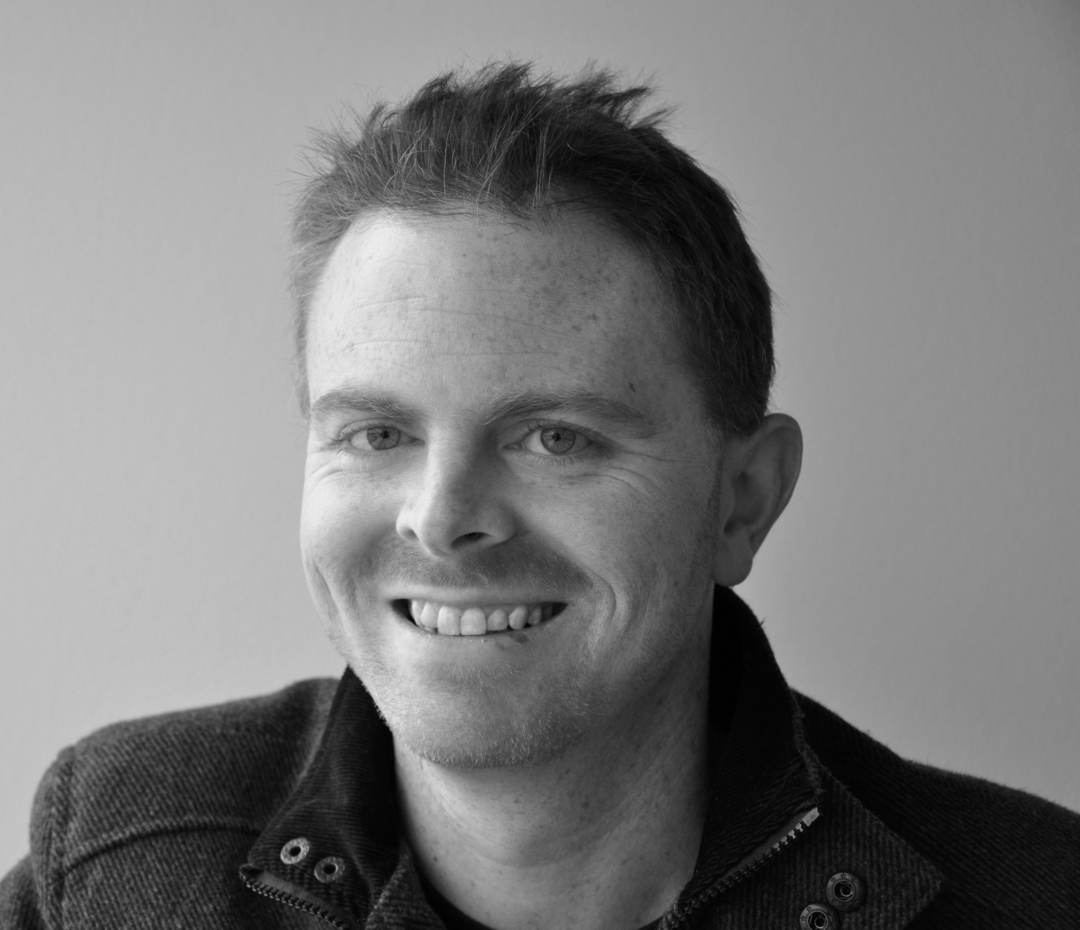 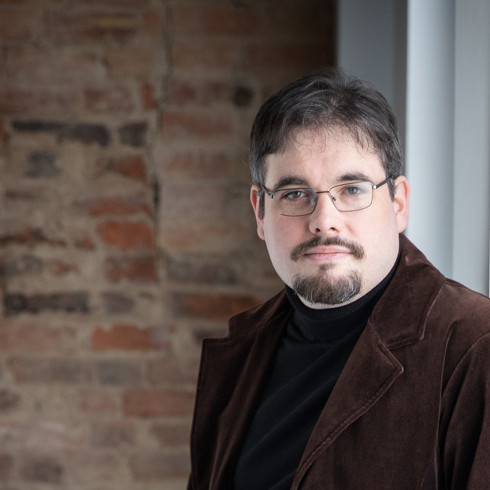 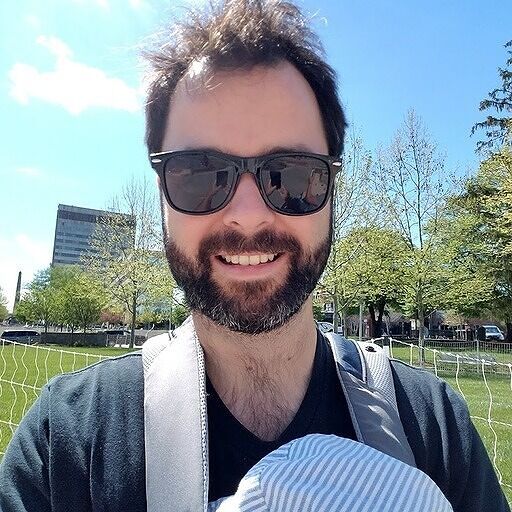 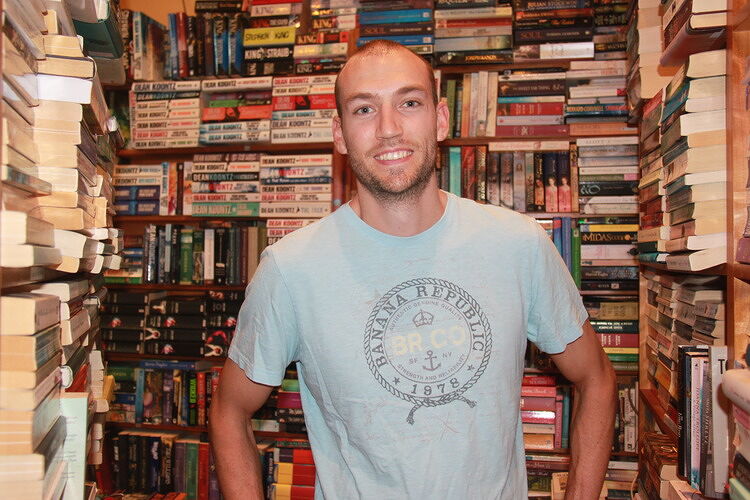 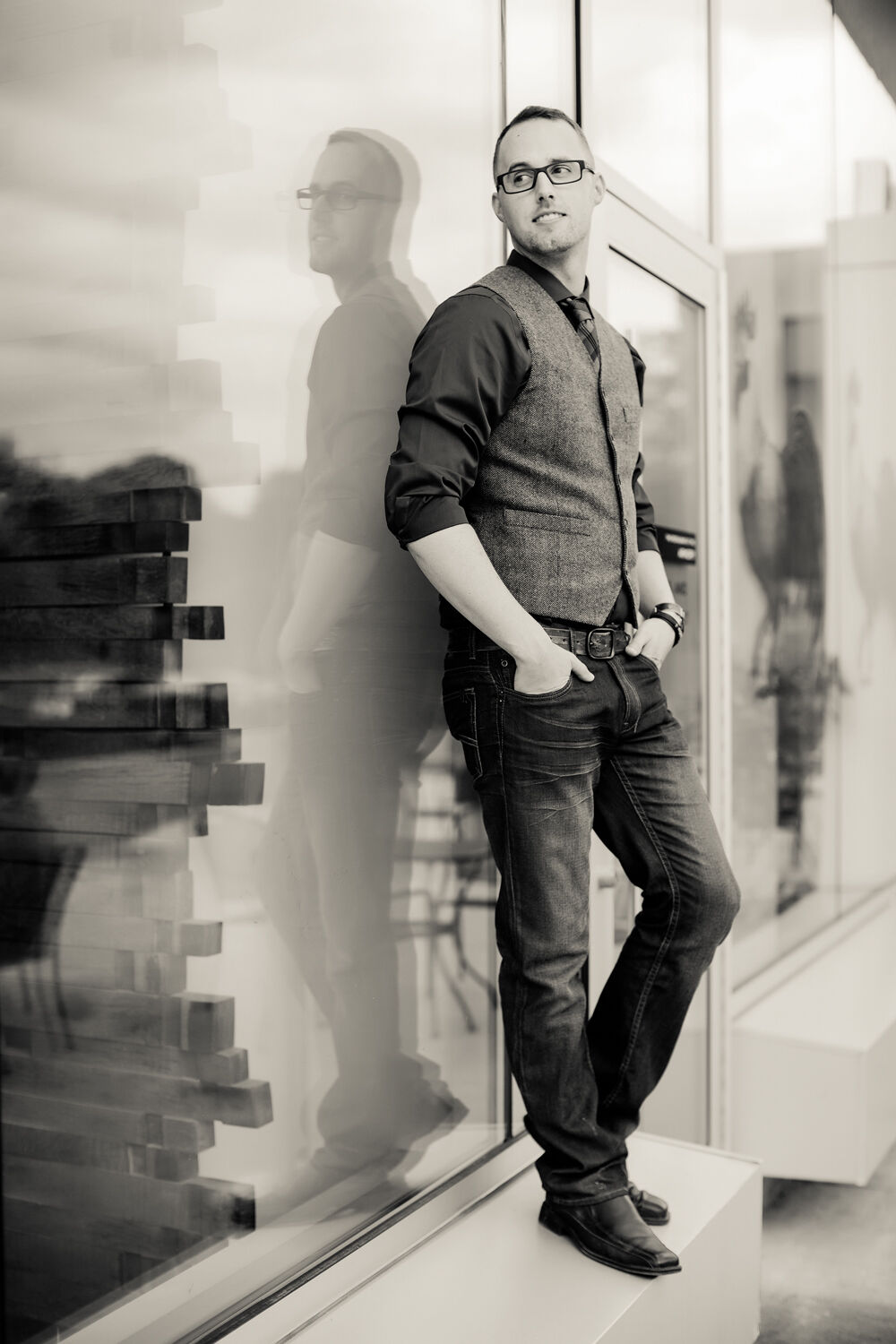 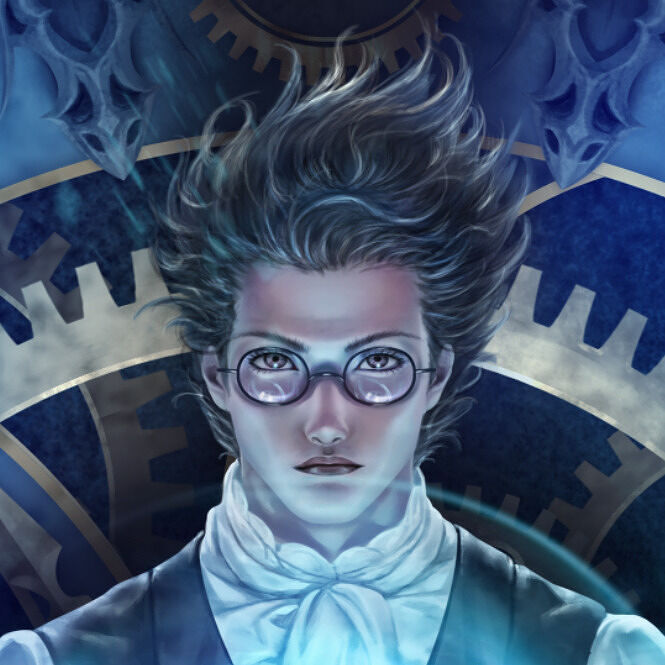 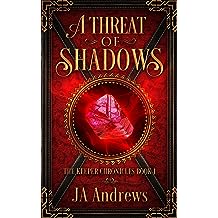 Alaric betrayed everything he believed to save Evangeline — and failed.

His last chance to save the woman he loves lies in an ancient Wellstone, a repository of power, buried and lost long ago.

Luck—or something more troubling—leads him to a small group searching for the same stone.

and an elf with an unsettling amount of power.

If he can gain their trust, they might help him find the cure.

But the Wellstone holds more than he knows, and a terrible evil he’d thought defeated is stirring again, searching for the stone.

Can the companions survive a traitor, a dragon, and their own pasts to reach the stone before time runs out?

A Threat of Shadows is the brilliant introduction to the magical world of The Keeper Chronicles, a new epic fantasy series by JA Andrews. Fans of Patrick Rothfuss, David Eddings, and Terry Pratchett will love this unputdownable tale.

Dive into this enchanting fantasy novel with real emotional depth. Grab your copy of A Threat of Shadows and begin this epic series today! 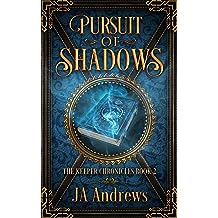 The list of people and things that could get Will killed keeps growing.

While Alaric is in Queensland, searching for Kordan’s Wellstone, Keeper Will is over the mountains in the hostile Roven Sweep, searching for his missing sister.

After catching a glimpse of a woman who could be her in a Keeper-hating Roven clan. Will convinces Killien to let him travel north with them to their summer homes.

Under the relentless suspicions of Sora, a tenuous friendship grows between Will and Killien, who talks of building peace among the hostile Roven.

Except Will’s thin disguise as a storyteller is crumbling quickly and Sora may already know who he is.

The more Will gets to know Killien, the more troubling things he learns. Killien’s hatred for Keepers runs deep, and for all his talk of peace, the man’s greatest wish is to control a vicious army.

But Will doesn’t know that the chief has taken more from him than just his sister.

And Killien controls enough power to gain everything he wants. 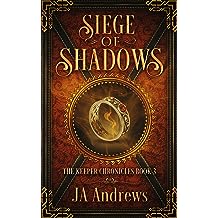 Can Sini keep her past from destroying everyone's future?

Sini has finally found a family with the Keepers.

After escaping from a childhood on the street and years of slavery, Sini's new life as a Keeper should be idyllic. But she can't shake the feeling she just doesn't belong.

Not only because she's the first female Keeper in centuries. Her magic is too different to be useful. And Lukas, her foster brother who loved and protected her from the worst ravages of slavery, is now being accused of terrible things.

When the Keepers are called to the capitol to address this threat, she finds herself once again out of place. As much as Sini doesn't want to believe it, the evidence is growing that Lukas is amassing an army along the southern border. He's using his magic to poison the minds of Queensland's people, and his dragon to spread death and destruction.

To save Queensland, Sini teams up with Will and Alaric to enlist the aid of the dwarves. Sini's magical powers finally begin to stir, but with a frightening intensity.

Will Sini learn to control her magic, or will she lose everything to the brother she doesn't want to fight?

Siege of Shadows is the third and final book in the engaging world of The Keeper Chronicles. Great for fans of Brandon Sanderson, Lindsay Buroker, and Robin Hobb! 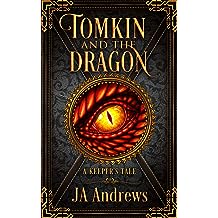 Tomkin Thornhewn, youngest son of the Duke of Marshwell, has a problem: he’s not heroic.

Regardless of his aspirations, the bookish, untrained young man is better suited to recording the deeds of heroes than being one himself.

Which becomes an obvious problem when he finds himself clinging to a ledge above a sleeping dragon. And instead of wielding his family’s great sword with valor and skill, he drops it—onto the dragon.

The problem grows immeasurably worse when Tomkin himself falls off the ledge—also onto the dragon. And his problem reaches its peak when Tomkin, after being captured, discovers a maiden locked in a tower.

But this is no sweet damsel. Not only does she refuse to be rescued, she refuses to even admit she’s in distress.

It’s too bad for the people of Marshwell that Tomkin is the only thing standing - or falling - in the dragon’s way.

JA Andrews introduced the world to the magic-wielding, world-saving, story-telling Keepers in The Keeper Chronicles. Now you can enjoy one of the Keeper’s most beloved tales: The Story of Tomkin and the Dragon, in this engaging, lighthearted novel.

Tomkin and the Dragon is a standalone story. It can be read at any time with respect to The Keeper Chronicles.
Leggi di più
Altri formati: Copertina flessibile
include IVA (dove applicabile) 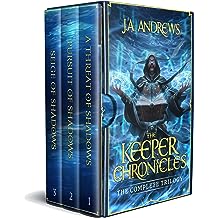 The Keeper Chronicles (English Edition) 11-apr-2019
da JA Andrews
( 3.261 )
0,99 € 27,41 €
★★★★★ "A mage, a dwarf, and an elf walk into a tavern… The Keeper Chronicles are everything I want in epic fantasy."
When Mallon the Undying threatened the land years ago, the elves stopped him—and then disappeared.
Now Mallon's followers seek to bring him back to finish what he started. Only the Keepers—storytellers, historians, and magic-wielders—are left to stand against them. Alaric, who betrayed everything he believed to save his wife — and still failed. Will, a storyteller who’s convinced his weak magic makes him useless. And Sini, a former slave girl with unimaginable power but no way to wield it.
Can they survive being hunted by dragons, attacked by frost goblins, and betrayed by traitors in their midst? Or will Mallon's minions overwhelm them and plunge the land into darkness? 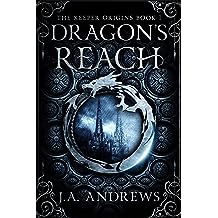 Sable would do anything to protect her younger sister Talia from Kiva, the ruthless gang boss—including keeping secrets: a money stash, a family secret, and her own magical ability to sense the truth in people’s words.

But when Sable disobeys Kiva and he begins to unravel her secrets, her entire world unravels with them.

With Talia torn from her and Kiva’s henchmen at every corner, Sable stumbles into the most unexpected help – a traveling theater troupe. Far more than a means of escape, the mismatched band of actors quickly becomes the family Sable so desperately needs.

And with their help, the true power in her magic begins to awaken.

When Sable and the troupe come face to face with a looming danger that threatens the entire land, they risk everything to return and warn the city. Against time and her own self-doubts, Sable must perform the lead role in a play powerful enough to gain the attention of the entire city – including Kiva, who’s still hungry for her blood.

Dragon’s Reach is book one in the Keeper Origins, a hopeful, epic fantasy series that embodies the wonder, magic, and camaraderie that made you fall in love with fantasy in the first place. 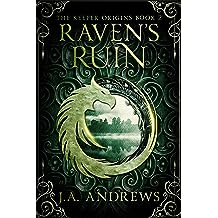 The growing power in Sable’s words nearly changed the world. Until she was betrayed and silenced.

A year ago on the land’s biggest stage, Sable’s voice nearly burned down the carefully constructed lies of the Kalesh Empire.

Sable would love nothing more than to burn down the Empire.

But with threats against her sisters looming, the acting troupe driven away, and no news of Reese for a year, she’s too chained and alone to even light a spark.

Meanwhile, the Empire grows on the south like a disease and stretches its poisoned fingers even into the northern lands.

Desperate to fight, Sable sends details about the Kalesh to the one ember of hope kindling in the north - a small, mysterious band of rebels.

Vivaine hates the rebellion, though, and her spies have discovered their location—and that Sable is more deeply connected to them than she knows. Unless Sable turns her back on the rebellion and pledges loyalty to Vivaine, the prioress will reveal the rebel camp to the Kalesh.

But Vivaine should not be so rash, because the power of Sable’s voice is stirring again, the old coals being stoked into flames.

And she’s ready to embrace the title of zabat. 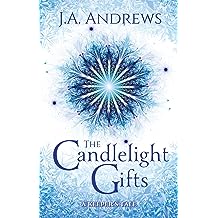 It's almost Midwinter, and Rass the grass elf doesn't have a gift for Douglon.

What can she get the dwarf who gave up everything to come to the elven wood to care for her and forty-six baby tree elves?

The only thing she has is her clearing of grass, and that's too much to give up.
Isn't it?

The Candlelight Gifts is a retelling of The Gifts of the Magi, by O. Henry
Leggi di più
Altri formati: Copertina flessibile
include IVA (dove applicabile) 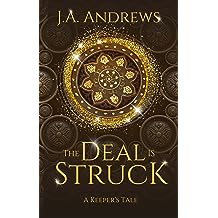 The Deal is Struck: A Keeper's Tale (The Keeper Origins) (English Edition) 8-ott-2022
da JA Andrews
( 55 )
0,99 €
Flibbet the Peddler has always trusted his strange cart.
Until the day it leads him back to the one place he's sworn never return,
and offers a deadly dagger to his worst enemy.

The Deal is Struck is a short story about the enigmatic peddler Flibbet, who appears in many of JA Andrews books.
It can be read at any time.
Leggi di più
Altri formati: Copertina flessibile
include IVA (dove applicabile) 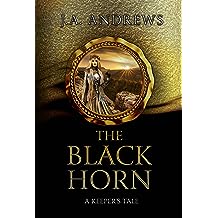 It's astonishing how often love and magic are mistaken for each other.

The enemy hordes are approaching, and there's nothing to protect Stone Gap except a black rams horn with powers more legend than reality, and a young woman desperate to save those she loves.


The Black Horn is a short story related to the Keeper Chronicles.
It is a standalone story and can be read at any time. 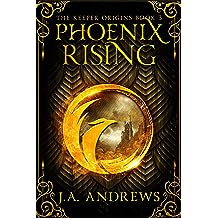 I wish more of the nudges that shaped history were the gentle kind—the signing of a treaty, the commitment to protect the weak, the spreading of a story that would enlighten minds.

Alas, humans are more prone to stagnate than to change willingly, and so most nudges are given with force and terror and blood.

Most nudges come at the slicing of a blade or the searing of a flame.

The final chapters of Sable’s beginning certainly did.

More blades than I hope to see again, and the fire…

Who could ever forget the fire?

—Excerpt from Chapter 2 of Interesting Beginnings by Flibbet the Peddler

Phoenix Rising is the final book in the Keeper Origins. 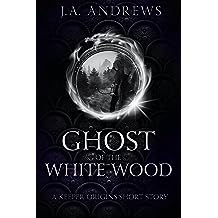 The Ghost of the White Wood has been a thorn in the Kalesh Empire’s side for years.

Until Captain Bastian captures her—and she becomes so much more than a thorn.


The Ghost of the White Wood is a short story related to Raven's Ruin (Keeper Origins Book 2) but it can be read as a standalone at any time.