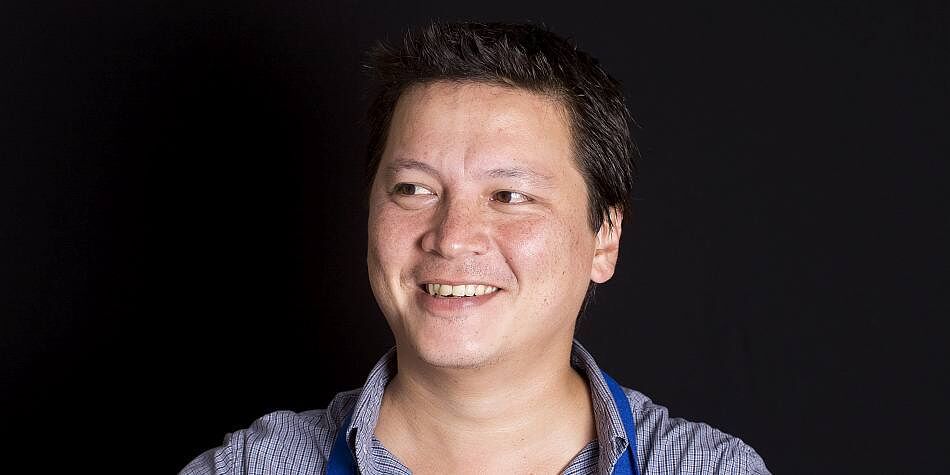 Daniel K.
2,0 su 5 stelle Cringey, haphazard, disappointing mess
Recensito in Canada il 13 dicembre 2020
Acquisto verificato
I'm honestly mystified by this book and its reception. I had a list of maybe a half dozen culinary books to choose one from, and I went with this. Yeaaa, I regret that.

First, this book presents itself as scientific and data-driven. That's what I was looking for, and I had high hopes. Very disappointed. The "science" of this book is basically Mythbusters-level science. The author describes a random curiosity (does mineral content in water affect pizza crust?), and then relays an anecdote of an at-home experiment. Is this scientific? Yea! In the same way Mythbusters is. And I love Mythbusters! But calling this book "lab-based" or "data-driven" or "scientific" would be akin to writing up fun descriptions of each Mythbusters episode, slapping it all together, and calling it a science textbook.

Second, this book is just a mess. Like, it looks pretty, for sure. But its organization is... a bit lacking. It has the feel of an author who didn't want to take any editorial input. It's a thousand-page brick, in nine sections. Those nine sections are:

....whhhhha? You're going to put together a book that you claim is basically a comprehensive culinary tome, and one of your NINE sections is... "ground meat"? And "fast-cooking foods," which is of course separate from "frying"? And "breakfast," but no other meal sections? Just a hodge-podge mess of random mealtimes, ingredients, cooking methods, and dishes?

Baking doesn't even get a section? Whhhhhat?

Honestly, I'm pretty sure that the author literally picked his most used or most popular blog tags, and just made those his sections. Within each section, the "organization" is similarly haphazard. No discernable rhyme or reason, beyond "I have a blog post about this!"

Third, the author comes off as... a cringey creep. There's a LOT of "gosh my wife and I can't stand each other, and we don't trust each other, and all she wants to do is SHOP!" humor. It's misogynistic, one-note, and boring. It feels like someone at an open mic stand-up show in the 90s. Who isn't doing well on stage. Oof. There's also a very weird amount of comparing foods to women's bodies. Both sexually (this guy REALLY sexualizes hamburgers... like, a lot) and just weirdly objectifingly (he at one point describes overcooked meat as being like a dried-up body of an old woman).

At one point, I think in the acknowledgments, the author mentions being inspired by gonzo journalism (i.e., Hunter S Thompson), Douglas Adams, and Kurt Vonnegut. He does not, at all, write with the talent or humor of any of those three writers. He DOES write like a college student who THINKS he's as talented and funny as the three of them. It's just... so cringe-worthy. I'm not sure how else to express it.

The book DOES have some useful methods described, as well as some interesting-sounding recipes I'll be trying out. It's a nice-looking book, with nice pictures. But the value it does have is, for me, outweighed by the unpleasant experience of reading it, its haphazard organization and content selection, and its disappointing failure to deliver on its claims to be a scientific or data-driven text.
Leggi di più
64 persone l'hanno trovato utile
Segnala un abuso
Traduci recensione in Italiano

sbihi
3,0 su 5 stelle Like other reviewers have mentioned
Recensito nel Regno Unito il 16 settembre 2017
Acquisto verificato
I've been following the author's work online, and wanted to support him by buying this book. However, most---if not all---of this book is available on the Food Lab blog. Like other reviewers have mentioned, the book is rather unpolished and lacks proper editing. It reminds me of a textbook, which might be okay if the idea is to recall those MIT days, but that's not professional, either.

As books go, I would recommend Harold McGee's On Food and Cooking instead. The Food Lab is better presented as a blog than a book.
Leggi di più
40 persone l'hanno trovato utile
Segnala un abuso
Traduci recensione in Italiano

Amazon Customer
5,0 su 5 stelle Spectacular book. Ive bought four.
Recensito nel Regno Unito il 29 maggio 2020
Acquisto verificato
This book is fantastic. I have bought copies for myself, my sister, my girlfriend and my mum. I love it. They love it. Its amazing and its the first book that I recommend to anyone who wants to fall in love with cooking.

This is the perfect book for you if:
1) You want to understand the reasons behind the cooking processes that you use, rather than just following along and doing what you're told.
2) You are a little bit "sciencey" and enjoy the idea of applying that in the kitchen.
3) You want a cook book that is a combination of science, readable anecdotes, and delicious recipes.
4) You demand that recipes work, use ingredients that you can find, are accompanied by pictures that draw you in, and require step-by-step instructions in the kitchen.

This is not to say that this is all you will ever need to cook out of, but it is a brilliant base to understand your food, cook delicious dishes from, and spark a love of cooking.

Things to be aware of:
1) This book leans towards american cooking
2) This book doesn't contain any baking/dessert recipes
3) This book is big. And i mean BIG. This isn't a draw back for me but my girlfriend struggles with the weight of it a bit.

I really can't recommend this book highly enough and hope that you buy it and enjoy it as much as I do!!
Leggi di più
10 persone l'hanno trovato utile
Segnala un abuso
Traduci recensione in Italiano

Zoltan
4,0 su 5 stelle Good book
Recensito nel Regno Unito il 1 dicembre 2018
Acquisto verificato
I found this book quite interesting. It has a great amount of knowledge and experience spread throughout its pages.
there are though two major issues i have which made me give only four stars.
the first is the constant draw in of the author`s personal life with his wife, mum...etc that is just not very interesting and totally irrelevant. Most people who read a book like this are in search for knowledge not "cute stories"
The second issue i have is the amount of recipe in this book. though i have to admit I am chef and therefore most of the recipes are only useful to help me understand the book`s a preceding concepts but to be honest most are for home cooks. plus there are way too many that i personally just skipped through.
regardless it was a pleasure to read it.
Leggi di più
9 persone l'hanno trovato utile
Segnala un abuso
Traduci recensione in Italiano