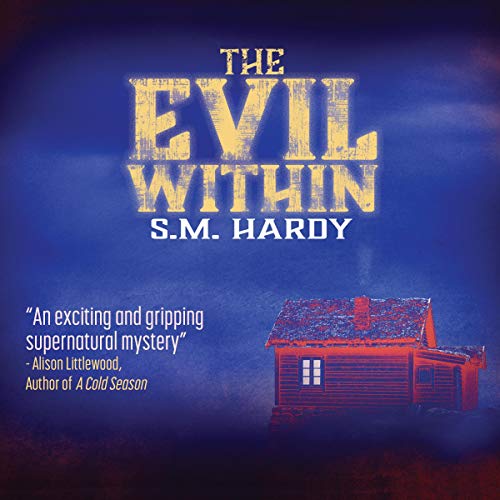 On the brink of a breakdown, two years after the death of his fiancée, Jim Hawkes quits his high-powered job in the city to rent a cottage in the Devonshire countryside seeking some well-needed rest. But Slyford St. James is far from the peaceful haven Jim was hoping for.

Almost immediately, he is plagued by strange occurrences: a combination lock that won’t open, loud noises in the attic, the figure of a little girl always just out of sight. His new village friends, Jed and Emma, are convinced Jim has found his way to the village for a reason, to solve the mystery surrounding the suspicious death of a child. But as Jim is haunted by the ghosts of his past and endangered by a real-world threat in the present, it soon becomes apparent that true evil never dies.

elle
5,0 su 5 stelle Like Stephen king and Richard layman had an English love child
Recensito nel Regno Unito 🇬🇧 il 1 febbraio 2021
Acquisto verificato
I really enjoyed it, I struggle with reading sometimes as I'm a bit dyslexic, a book has to flow for me or I loose interest. This flowed it read like a movie in my head , I enjoyed all the characters and glad to see there appears to be a follow up book. It reminded me of the more old fashioned style horror stories . All the characters had different voices , I felt like I knew the place. Great,I recommend . Only problem was I couldn't read it fast enough and it kept me up reading far too late but I couldn't put it down.
Leggi di più
4 persone l'hanno trovato utile
Segnala un abuso
Traduci recensione in Italiano

Damien Larkin
5,0 su 5 stelle An excellent paranormal mystery
Recensito nel Regno Unito 🇬🇧 il 26 febbraio 2022
Acquisto verificato
I don’t normally read paranormal mysteries, but I couldn’t put this book down. From the first few pages, I found myself gripped by this story and the many twists within.

After suffering an emotional breakdown, former financier Jim Hawkes seeks peace and quiet in the sleepy little village of Slyford St James. Trying to stop his life from unraveling, he soon finds himself at the epicentre of a mystery and a string of unsolved murders. With the unlikely help of a group of locals, it becomes a race against time to put the clues together before someone else dies.

I really enjoyed the setting for this novel. The author does a fantastic job of crafting a small, quiet English town and filling with intriguing characters. There were some genuine scares in this story and at no point could I even guess what it was building up to.

This is definitely one of the best novels I’ve read so far this year and I really look forward to diving into the sequel.
Leggi di più
Segnala un abuso
Traduci recensione in Italiano

Amazon Customer
2,0 su 5 stelle Not for people who believe seeing dead people walking about - like me.
Recensito nel Regno Unito 🇬🇧 il 26 settembre 2021
Acquisto verificato
Had I realised this book would involve the supernatural, I wouldn’t have bothered. I held in hoping for a terrific twist and was highly disappointed with the outcome. Not for me.
Leggi di più
Segnala un abuso
Traduci recensione in Italiano