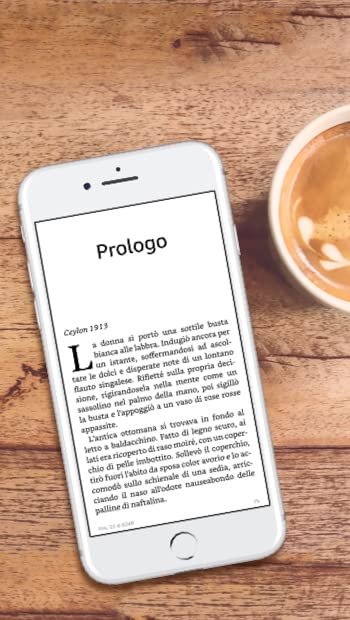 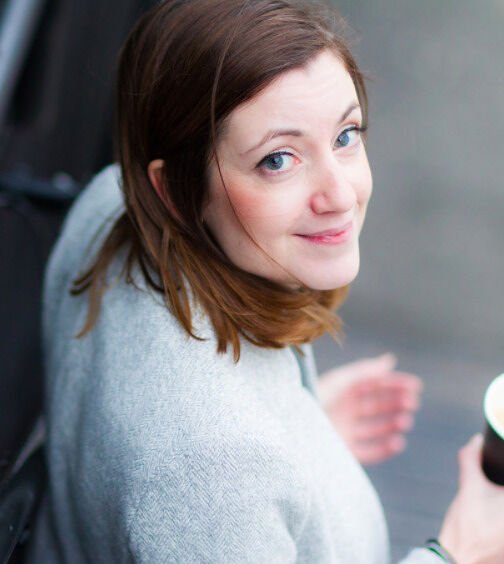 Everything but the Truth Audio CD – Edizione integrale, 1 febbraio 2018

Gillian McAllister has been writing for as long as she can remember. She graduated with an English degree and lives in Birmingham where she now works as a lawyer. Her debut novel Everything But The Truth was a Sunday Times top ten bestseller. You can find her on Twitter @gillianmauthor.
Inizia a leggere Everything but the Truth (English Edition) su Kindle in meno di un minuto.

Christina McDonald
5,0 su 5 stelle Vividly told thriller
Recensito nel Regno Unito il 30 aprile 2017
Acquisto verificato
After getting pregnant by her boyfriend who she's only known a short while, Rachel jumps instantly and immediately into a serious relationship with him. But there are things he doesn't know about her. And things she doesn't know about him. After seeing an email that he lies to her about, she starts delving more and more into his past.
This book is eloquently written and the characters are vividly developed. The issues are dealt with in a great way and I found myself turning the pages faster and faster to find out the end.
Leggi di più
18 persone l'hanno trovato utile
Segnala un abuso
Traduci recensione in Italiano

Susan
3,0 su 5 stelle Don’t judge this author by this book alone...
Recensito nel Regno Unito il 10 novembre 2018
Acquisto verificato
Read this authors second book first, which I loved, and her third book second which was even better! Then I read this one.
If I had read this first I would not have bought the others. The story has quite good characters but after a good start becomes plodding and tedious and boring. Had to force myself to finish it.
However, her following books just get better and better so am glad I read them in the order I did. Will definitely be buying her next book.
Leggi di più
5 persone l'hanno trovato utile
Segnala un abuso
Traduci recensione in Italiano

Novel Delights
4,0 su 5 stelle BOOK GROUP PICK: EVERYTHING BUT THE TRUTH
Recensito nel Regno Unito il 25 settembre 2018
Acquisto verificato
So we’ve recently read Everything But The Truth for our book group. I was planning to include it in a book group round up post; but this book just lured me in so much that it deserves a post all of its own.

I zoomed through this book; and for once all of us in our book group read it. Believe me, that is very rare! 😉 Listed as a Sunday Times top ten best seller, this is a unique and thought-provoking novel that is easy to read.

Everything But The Truth is the debut novel from Gillian McAllister. It tells the story of Rachel who starts to doubt her boyfriend Jack when things just don’t add up. Pregnant with his baby, little things about Jack don’t make sense to Rachel that starts a chain of events that she just can’t seem to stop. Is it her own paranoia or is Jack hiding something? Rachel goes in search of the truth, taking the reader with her. It begs the question as to what is appropriate and if you were in a similar situation, how far would you go?

It was my book group buddy Holly that chose Everything But The Truth for us to read as this month’s book pick. Holly found out about Gillian McAllister from being invited to a ‘inspirational women event’ at a law firm. As Gillian is a lawyer at the law firm (as well as being a best selling author), a copy of her second book Anything You Do Say was included in Holly’s event goody bag. This definitely sparked Holly’s interest, hence why she chose Everything But The Truth for us all to read.

I’m so glad Holly did. There’s no doubt about it, Gillian is inspirational. I was pretty gutted to finish the book; so much so that I approached Gillian to ask if I could interview her, which she happily agreed to. Thanks Gillian! Take a look below to find out what Gillian says, sharing with us more about Everything But The Truth to help whet your reading appetites.

Q. Everything But The Truth is a unique read focusing on the themes of trust, truth, identity and morality in today’s modern age. What inspired you to write this novel?

A. It was actually an event that happens halfway through the novel that first inspired it – the weird Scottish criminal law loophole that I can’t say too much about for fear of spoilers. I thought it was so interesting and immediately wondered what my thoughts would be if a boyfriend had that on his record…

A. How interesting! See above – I saw about the piece of Scottish law on a TV show, and knew then that I needed to set the book at least partially in Scotland. I wanted Rachel to be English because I wanted her to visit Jack, who is part of a slightly different culture, and feel somewhat isolated. My father’s from Newcastle, and we go often, so I knew Rachel would be from there. After that, it was just a question of finding somewhere within driving distance of Newcastle but across the border. A friend had recently been to Oban and was telling me about it right when I was plotting the book out, and it is beautiful, and mysterious, so the decision was made then.

Q. During our book group we discussed Rachel’s actions and how far she went to find out the truth about Jack. We discussed about what we ourselves would do if we were in a similar situation. Could you see yourself acting as Rachel did?

A. I don’t think I would go as far as Rachel did. While I wanted her to be relatable – as in all crime thrillers – she had to go beyond what anybody would usually do in order to move the plot along and to make it compelling. That being said, I did want to make the point about the ‘new laws’ that apply to the society we live in regarding technology, social media, etc. It’s a victimless crime to look someone up repeatedly on there, and to delve into their digital past. Or is it?

Q. While you were writing the novel, did Rachel and/or Jack do anything to suprise you? Did the novel follow its original plot or did it take a different course?

A. I am a planner, so my characters are forced to play by the rules! I couldn’t write novels to deadline without planning. Some of their character traits did reveal themselves and surprise me, though – Jack’s hypochondria, for example.

Q. The theme of motherhood is explored in this novel with Rachel’s mother being a very absent yet prominent character. Do you think Rachel’s mother may have a story of her own that you may write in the future?

A. Oh wow – what an interesting question. I don’t think I would ever write a sequel to Everything But The Truth; it feels ‘done’ to me, and readers wanting to know about B-characters’ lives is merely a good sign, to me, that all of my characters are working hard and that none of them are wooden. For sure though I could write about infidelity – and probably will!

Q. I have read that you still practice Law part-time as well as being a novelist. You have also recently finished your fourth novel which is a massive achievement in itself. You are the ultimate superwoman! How do you do it?

A. Ha, I get asked this so much and I never have an adequate answer. It was most unexpected to me (an eternal pessimist) that I would be published and so I had to manage that alongside my very demanding legal career. I wasn’t prepared to compromise on either, and so I had to do both to the best of my abilities. I think once you have squeezed in as much as I did in those two years, it becomes easier somehow because you fully appreciate how much time you really have. I used to write during lunchtimes, on my commute, while waiting at the doctor’s, once! I got very good at opening my laptop and getting 500 words down without thinking. I am also very lucky to have a very supportive boyfriend who does all the cooking, shopping, housework etc!

Also, and perhaps this is actually the entire of this answer: I don’t watch television.

Q. What books and novelists inspire you?

A. Zadie Smith and Susie Steiner for their beautiful characterisation. Louise Doughty for writing Apple Tree Yard and showing me a way to write about relationships and the female condition while also writing a crime thriller.

Q. When you are not writing or working, what do you like to do to chill out?

A. I’m not terribly good at chilling out. I take a lot of walks. I like baking. I have a bath every single evening, and I read a lot of books, of course.

Thank you Gillian for a great interview and also for Everything But The Truth, such a compelling page-turner. I will definitely be reading more from you! In fact I’ve already got a copy of Anything You Do Say (published in January 2018) and am hoping to get an advance copy of the third novel No Further Questions.
Leggi di più
4 persone l'hanno trovato utile
Segnala un abuso
Traduci recensione in Italiano

SarahKate
5,0 su 5 stelle People in glass houses...
Recensito nel Regno Unito il 22 marzo 2018
Acquisto verificato
I purchased Gillian's book Anything You Do say after seeing rave reviews and posts about it on Facebook. I love psychological crime & thriller books. I read A LOT and I love to find new authors... it's like Christmas morning each time I read and love a new writer.
So, I was about to start reading it on my Kindle when I realised that it wasn't actually her debut novel, as I'd first thought! So of course, I purchased this book, Everything But The Truth, to read first!

And boy did I read! I finished this book over two (school) nights. From a working Mum with 6 year old twins who hate sleep and get up VERY early EVERY day... that's saying a lot. I went to school and work looking like an extra from The Walking Dead because I couldn't put this book down.

All in all, this is a very clever page turner. Skillfully written, gripping and fascinating. You'll question your moral fibre, as well as the inherent hypocrisy of the human condition!