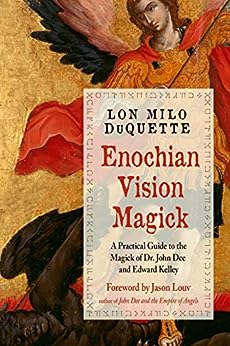 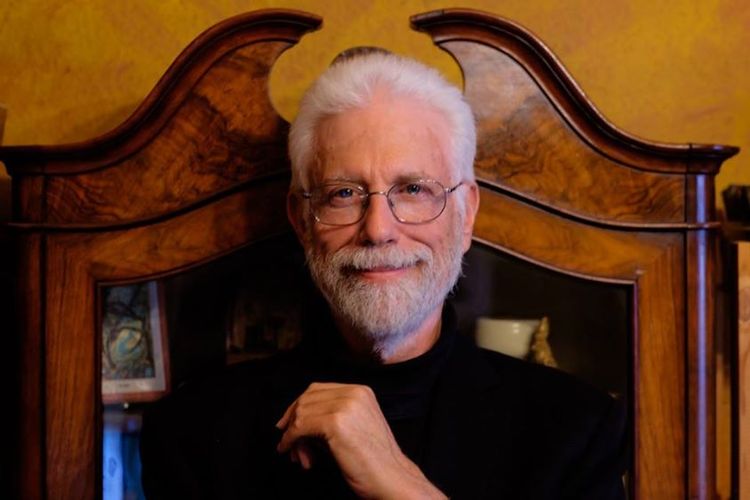 Having mastered the arts and sciences of his age, Elizabethan magus Dr. John Dee (1527–1608) resolved that worldly knowledge could no longer provide him the wisdom he desired, and as did so many other learned men of the day, he turned his attention to magick. In 1582 he and his clairvoyant partner Edward Kelley made magical contact with a number of spiritual entities who identified themselves as angels—the same that communicated with Enoch and the patriarchs of the Old Testament. Over the next 3 years they revealed to Dee and Kelley three distinct magical systems of vision magick. The third and last of these incorporated a series of “calls” to be recited in an angelic language in order to raise the consciousness of the magician to a level where angelic contact is possible.

In Enochian Vision Magick, Lon Milo DuQuette introduces the origins of Enochian magick and offers the expert and novice alike the opportunity not only to see the big picture of the full system but also the practical means by which he or she can become attuned in the same step-by-step manner that first prepared Dee and Kelley.

First published by Weiser in 2008, this new edition includes a new introduction and new back matter by the author as well as a new foreword by Jason Louv.

Lon Milo DuQuette is a bestselling author and lecturer on such topics as magick, tarot, and the Western Mystery Traditions. He is currently U.S. Deputy Grand Master of Ordo Templi Orientis and is on the faculty of the Omega Institute in Rhinebeck, N.Y. and the Maybe Logic Academy. Visit him at www.londuquette.com.

Lon Milo DuQuette is a bestselling author and lecturer on such topics as magick, tarot, and the Western Mystery Traditions. He is currently U.S. Deputy Grand Master of Ordo Templi Orientis and is on the faculty of the Omega Institute in Rhinebeck, N.Y. and the Maybe Logic Academy. Visit him at www.londuquette.com.

Paul Clermont
5,0 su 5 stelle A Thorough, Clear, Expert Overview
Recensito negli Stati Uniti 🇺🇸 il 12 maggio 2020
Acquisto verificato
DuQuette nailed this book. If you're someone who's interested in Enochian lore but never really understood what was going on with all the different pieces, be sure to buy this book -- don’t be off-put by the strange Victorian cover art!

The author Lon, if you're not familiar with him, is exactly the person qualified for the job of explaining this mysterious system of magic, having practiced & taught it himself for many years.
He even went so far as to investigate John Dee’s original manuscripts to get a more clear picture of Dee’s magick than what the Golden Dawn & Aleister Crowley utilized.

Lon first explains the foundational works of Dee & Kelley which preceded the final Enochian magic system: Heptarchia planetary magick (e.g. The Holy Table & Sigillum Dei Aemeth) & Liber Loagaeth.
Eventually he astutely explains the mechanics of the Great Elemental Table, its complex hierarchy of angels, how to call upon each type of angel, and provides an example invocation of how to do it yourself (he mentions all the tools you'll need throughout the book).
He also explains how to work with the 30 Aethyrs/Aires, why we want to work with them, and what their origin is -- the 91 parts of Earth.
(Other topics: the 49 Calls, the Round Tablet of Nalvage, the Golden talisman, the Tablet of Union)

Recommended if you’re already interested in Crowley and his work “Vision and The Voice”, Golden Dawn Magic or ancient mysteries in general. Be sure to check out the table of contents to see an array of everything that is covered.
Leggi di più
28 persone l'hanno trovato utile
Segnala un abuso
Traduci recensione in Italiano

Jef Bryant
4,0 su 5 stelle A magical crosswords puzzle.
Recensito negli Stati Uniti 🇺🇸 il 26 ottobre 2020
Acquisto verificato
In the mid 1580s, John Dee and Edward Kelly transcribed a series of scrying sessions. Scrying is the art of inducing hypnogogic visions while staring at an amorphous visual surface, like an obsidian mirror, a crystal ball, embers, or the surface of a still pool.
These sessions revealed the structure of consciousness. Since the early AS Century, Psychonauts have been exploring this space.
Leggi di più
16 persone l'hanno trovato utile
Segnala un abuso
Traduci recensione in Italiano