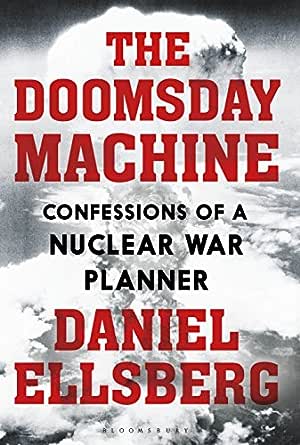 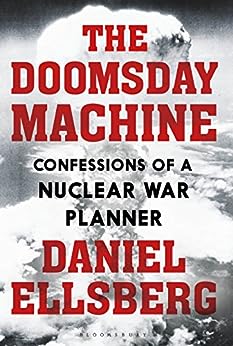 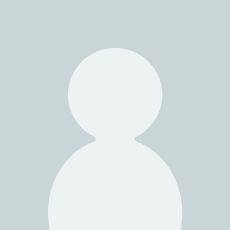 Nobody could have told this horrifying story better than Daniel Ellsberg. He introduces us to the men who have coldly and with a God-like sense of righteous entitlement, put in place a plan that can, on a whim - not virtually, but literally - annihilate life on Earth. What a book -- Arundhati Roy, anti-nuclear activist and author of THE MINISTRY OF UTMOST HAPPINESS and the Pulitzer Prize-winner THE GOD OF SMALL THINGS

The Doomsday Machine is not simply a work of history. It was not written to remind us of catastrophes narrowly averted. It is partly a memoir of Ellsberg's years at Rand when he was working on nuclear strategy, but more a warning, delivered by an 86-year-old man who understands the urgency of the present. His memories provide a timely lesson precisely because the crisis he witnessed more than 50 years ago remains painfully relevant -- Gerard DeGroot, The Times

Ellsberg's effort to make vivid the genuine madness of the "doomsday machine", and the foolishness of betting our survival on mutually assured destruction, is both commendable and important . Especially for young readers, by making earlier generations' failures clear, The Doomsday Machine challenges them to rise to a grand and urgent opportunity -- Graham Allison, International New York Times

Daniel Ellsberg is an exceptionally informed doomster . The Doomsday Machine describes how nuclear-war planning, some of it unknown to presidents, brought the world closer to incineration than most people understand -- Max Hastings, Sunday Times

Gripping and unnerving ... A must-read of the highest order, Ellsberg's profoundly awakening chronicle is essential to our future -- Donna Seaman, Booklist (starred review)

Ellsberg's brilliant and unnerving account makes a convincing case for disarmament and shows that the mere existence of nuclear weapons is a serious threat to humanity, Publishers Weekly (starred review)

Noted gadfly Ellsberg returns with a sobering look at our nuclear capabilities . . . When the author hurriedly copied the contents of his RAND Corporation safe to reveal, in time, what would become known as the Pentagon Papers, that was just the start of it. He had other documents, even more jarring . . . Especially timely given the recent saber-rattling not from Russia but North Korea and given the apparent proliferation of nuclear abilities among other small powers., Kirkus Reviews

A fascinating and terrifying account of nuclear war planning by a consultant from the RAND Corporation at the highest levels of government in the Kennedy administration. Ellsberg tells us of the close calls with nuclear war and of the policies developed then that still threaten the planet with annihilation. I couldn't put the book down. -- Frances FitzGerald, Pulitzer Prize-winning author of FIRE IN THE LAKE --Questo testo si riferisce a un'edizione alternativa kindle_edition.

In 1961, Daniel Ellsberg, a consultant to the Department of Defense and the White House, drafted Secretary Robert McNamara's plans for nuclear war. Later he leaked the Pentagon Papers. He lectures and writes on the dangers of the nuclear era and the need for whistle-blowing. A Senior Fellow of the Nuclear Age Peace Foundation, Ellsberg is the author of Secrets and the subject of the Oscar-nominated documentary The Most Dangerous Man in America. He is also a key figure in Steven Spielberg's upcoming film about the Pentagon Papers, The Post, scheduled to be released in December 2017. He lives in Kensington, California, with his wife, Patricia.

Davide Berti - Cuneo
5,0 su 5 stelle Everyone shoul read this book.
Recensito in Italia il 3 aprile 2018
Acquisto verificato
I think the author must be a truth lover and an intellectually honest man (and I hope he will be rewarded for this, one day).
The book is an absolutely must read. I not always admire his style nor share all his ideas but the integrity and humanity of his words are remarkable and I think that if the man is as good as his words than he is an example for all to know.
Leggi di più
Una persona l'ha trovato utile
Utile
Segnala un abuso
Visualizza tutte le recensioni

J. J. Bradshaw
3,0 su 5 stelle An interesting and frightening book but let down somewhat at the end
Recensito nel Regno Unito il 12 novembre 2019
Acquisto verificato
Daniel Ellsberg is famous as the whistle blower who released the Pentagon Papers, a history of the US involvement in Vietnam prepared on the instructions of Robert McNamara. Regardless of what one feels of whistle blowing, Ellsberg faced the consequences for his choice and was prepared to go to prison, something which does display integrity and which is worthy of respect, ultimately the case collapsed as a result of illegal actions aimed at him by the US government which led to the fall of President Nixon.

This book is part personal memoir, part history of US nuclear policy and certain events, part analysis and part political polemic. Ellsberg worked for the RAND corporation, a private think tank with close links to the US Air Force which performed a range of consulting and research functions for the Air Force and which had access to some of the most sensitive of US secrets. This included working on nuclear strategy and nuclear command and control. The book shows how Ellsberg had a sort of epiphany when he asked how many people would be killed if the US nuclear war plan was executed. The book recounts a study Ellsberg made of nuclear command and control and his shock at discovering the extent of authority to use nuclear weapons being delegated to relatively junior officers, contrary to what most people believe. The book considers the evolution of US nuclear war plans, and the inflexible all out attack plan which meant that any incident with the USSR was likely to result in an all out nuclear attack on both the USSR and China involving a ridiculous amount of bombs and which would annihilate China even if they were not involved in any tension. Ellsberg worked to promote a more flexible plan, and was an insider during the Cuban missile crises. He recounts the concept of a doomsday device and the dangers of launch on warning policies and automated respnses and the concept of a nuclear winter looms large throughout the book.

The story is frightening, and much of Ellsberg's analysis if both perspicacious and surprisingly balanced given what you might expect from a former nuclear insider turned whistle blower who has spent a large part of his life raising awareness of the dangers of nuclear destruction. He is clearly a highly intelligent man, with a highly developed capability for logical analysis and moral values. He shows the absurdity of planning for nuclear war based on ideas that one side could in some way "win" such a war, the outcome would be truly catastrophic for life and the planet. In some ways the pugnacious character of Curtis LeMay strikes me as being more attractive than most others in the book, as whatever his faults there was a brutal honesty about LeMay and he never hid from his responsibilities and decisions in the way that most of the others in this story (including Ellsberg himself through the 1950's and 1960's) did.

So why only three stars? Most of the book is generally factual and balanced, and allows the horror of what is explained speak for itself without resorting to hyperbole (sober analysis is frightening enough). The final section however does become a rather polemical rant, and there is a certain naivety in that the author doesn't really face the unfortunate fact that we cannot uninvent nuclear weapons. A comment that he learnt far more from anti-war activist friends than at Harvard struck me as a rather asinine statement and an attempt to equate workers at Rocky Flats with Auschwitz was rather offensive in my view. Ultimately whilst Ellsberg highlights a whole range of frightening vulnerabilities and failings it is also true that the nuclear weapon safeguards in place since 1945 worked.

I think those interested in this story should read the following two books:

1. The Evolution of Nuclear Strategy by Lawrence Freedman, despite being perceived as a bit of a right wing hawk Freedman's book remains the best work on the subject and is not an apologia or defence of nuclear strategy, if anything his conclusions are more damming than Ellsberg's simply because they drop out of a rather disapassionate and rational analysis. A heavy weight academic tome and a little dry but excellent.

2. Command and Control, by Erich Schlosser. A more accessible work than Freedman's, aimed at a general reader but one which provides an excellent overview of the development of the US nuclear arsenal, nuclear command and control and weapons safety and many of the same matters around the dangers of nuclear strategy as raised by Ellsberg but in a more balanced style.
Leggi di più
10 persone l'hanno trovato utile
Segnala un abuso
Traduci recensione in Italiano

Patrick O'Connor
5,0 su 5 stelle A truly 'existential threat' (on a hair trigger)
Recensito nel Regno Unito il 1 febbraio 2018
Acquisto verificato
This is a book written by a man who has actively pondered the unthinkable issues surrounding the use of nuclear weapons. The revelations he documents about the plans of both Cold War superpowers will shock, dismay and haunt whoever reads them.

This book should be required reading for all government employees (civilian or military) having even a passing connection to defence or nuclear policy.

The author's frequent references to Dr Strangelove only serve to emphasise the lunacy of the institutions and individuals that created and maintain the nuclear arsenals and war plans to this day. This is a truly terrifying and disturbing book but one that needed to be written and should be read.
Leggi di più
6 persone l'hanno trovato utile
Segnala un abuso
Traduci recensione in Italiano

KC-web-wri
5,0 su 5 stelle Timely reminder why any nuclear war would be a complete catastrophe
Recensito nel Regno Unito il 19 febbraio 2018
Acquisto verificato
I would recommended this book for Cold War history readers. It delves into the Strangelovian logic of all out nuclear war. The author has first hand experience and insights into historical events during the post war nuclear age. As a young management consultant (RAND) for the USAF, Ellsberg gains 'access to all areas' of US nuclear forces strategy, policy and operations during the 50s/60s when nuclear paranoia was at its peak.
It's very readable and history buffs will like the straight from the horse's mouth details. If you like the movie Dr. Strangelove, you'll love this - Ellsberg says Strangelove was more like a documentary feature than a black comedy as far as he was concerned when he watched it the day it came out in the cinema. The book Fail Safe also chimes. It's a timely reminder of why a nuclear war of any description means utter catastrophe for the whole planet because it could well set in motion the Doomsday machines of Russian and US nuclear forces and therefore trigger all-out nuclear war, automatically, with no way to stop it.
Leggi di più
3 persone l'hanno trovato utile
Segnala un abuso
Traduci recensione in Italiano

SEA WARRIOR
4,0 su 5 stelle ILLUMINATING
Recensito nel Regno Unito il 20 maggio 2020
Acquisto verificato
This kept me absorbed but the subject is dark and the book didn't pass my Beach Read Test. Who might enjoy this? Anyone, civilian or military, involved with either nuclear weapons strategy-making or employment. (The author makes it clear that too few of these in the Cold War had really thought about some of the key issues.) And anyone whose tasks include physical and information security management.
I bought the book without pausing to learn more about the author. By the time I had finished reading, although I found myself in fair agreement with his stance on the land-based portion of the 'triad', I hadn't warmed to the author himself and I felt deep unease at some of the ways in which he had sought to effect change, within and beyond the law.
I'll now read further on this subject - particularly about the Cuban Missile Crisis.
P.S. I would strongly recommend 'Command & Control' by Schlosser.
Leggi di più
Segnala un abuso
Traduci recensione in Italiano