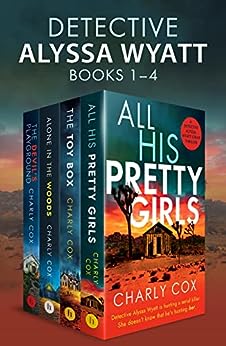 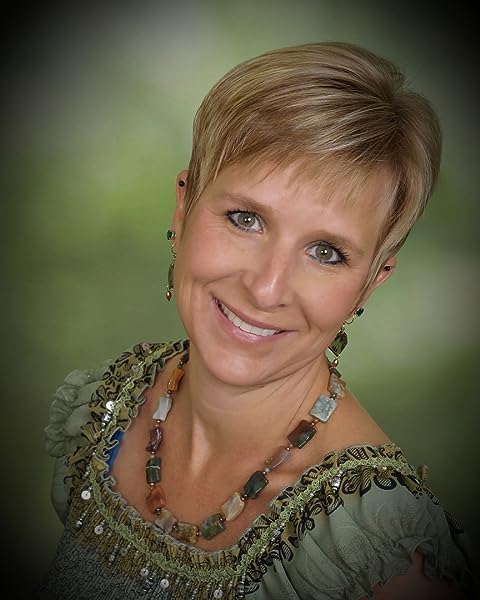 All His Pretty Girls: A woman is found naked, badly beaten and barely alive in the New Mexico mountains. The shocking discovery plunges Albuquerque Detective Alyssa Wyatt into a case that will test her to the limit. It appears that Callie McCormick is the latest plaything of a shadowy psychopath that leaves a long shadow on the streets of New Mexico. When Alyssa makes a breakthrough that just might reveal the killer, she unknowingly puts herself in the crosshairs of a brutal maniac – one with an old score to settle. Because the killer knows Alyssa very well, even if she doesn’t know him. And he’s determined that she’ll know his name…

The Toybox: All around Albuquerque, young women are going missing, seemingly vanished into thin air. With no link between the victims, Detective Alyssa Wyatt is quickly plunged into a horrifying case with no obvious clues. And when Jersey Andrews, the best friend of Alyssa’s teenage daughter, Holly, joins the list of vanished girls, the case becomes personal. But this investigation will lead Alyssa and partner Cord into the most sinister depths of humanity; an evil place where life is expendable, and where the depraved can fulfil their darkest desires…

Alone in the Woods: Gabriel Kensington and his wife Lydia have been brutally slain in their luxurious home in New Mexico. A frantic, whispered phone call from their teenage daughter Addis, and her best friend Emerson, quickly alerts the authorities to the killings. But when detective Alyssa Wyatt and the squad appear at the house, the unthinkable has happened. The girls are nowhere to be found… and neither is the killer. In a race against time, it’s up to Alyssa Wyatt and her partner Cord to find the missing girls – and discover just why the Kensingtons have been targeted. Because for Addis and Emerson, every minute passing could be the difference between survival – or an unthinkable death.

The Devil’s Playground: Best friends Skye, Elena, and London are enjoying hanging out at Skye’s house in New Mexico, eating junk food, drinking wine, and playing with Skye’s little children, Carter and Abigail. Until the intruders arrive. Hearing the horrific screams from Elena and Skye, London hides the children, tiptoes out to see what has happened… and disappears. After Carter raises the alarm, Detective Alyssa Wyatt is called in to investigate a bloodbath that appears to have no motive, no evidence, and no sign of London. She soon uncovers a link between the murders and a sinister local cult. Can Alyssa find the young woman who has vanished without a trace – before London joins the list of victims?

An utterly addictive, dark detective series with twists that will leave you gasping. Perfect for fans of M.W. Craven, Lisa Regan or Angela Marsons.

‘The action never flags, the suspense is red-hot and the twists and turns jaw-droppingly brilliant, fans of the genre need to add Charly Cox to their list of must-buys.’ Bookish Jottings

‘There is just so much to love about this series. A dark and chilling read that will have you hanging on for dear life!’ ⭐⭐⭐⭐⭐ Reader review

‘Holy SMOKES! What a ride. From the first page my heart was pounding. I could not look away. This series was so good.’ ⭐⭐⭐⭐⭐ Reader review

‘I absolutely love this series. I devoured it in a flash. Could not put it down.’ ⭐⭐⭐⭐⭐ Reader review