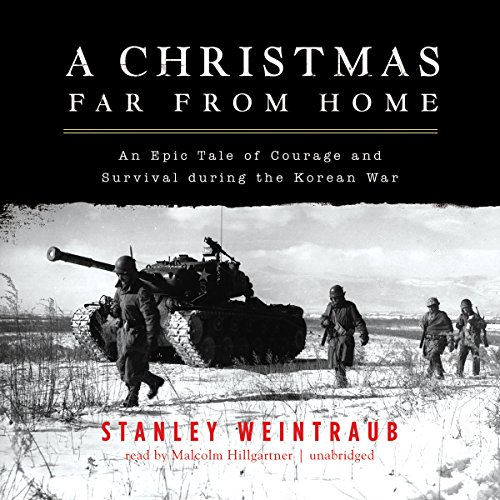 A Christmas Far From Home: An Epic Tale of Courage and Survival During the Korean War

From an acclaimed historian comes the dramatic story of the Christmas escape of thousands of American troops overwhelmingly surrounded by the enemy in Korea's harsh terrain.

Just before Thanksgiving in 1950, five months into the Korean War, General MacArthur flew to American positions in the north and grandly announced an "end-the-war-by-Christmas" offensive despite recent intervention by Mao's Chinese, who would soon trap tens of thousands of US troops poised toward the Yalu River border. Led by marines, an overwhelmed Tenth Corps evacuated the frigid, mountainous Chosin Reservoir fastness and fought a swarming enemy and treacherous snow and ice to reach the coast. Weather, terrain, Chinese firepower, and a four-thousand-foot chasm made escape seem impossible in the face of a vanishing Christmas. But endurance and sacrifice prevailed, and the last troopships weighed anchor on Christmas Eve.

In the tradition of his Silent Night and Pearl Harbor Christmas, Stanley Weintraub presents another gripping narrative of a wartime Christmas season.