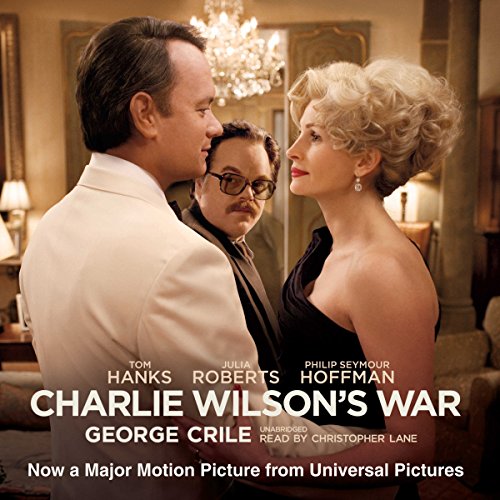 Charlie Wilson's War: The Extraordinary Story of the Largest Covert Operation in History

George Crile (Autore), Christopher Lane (Narratore), Blackstone Audio, Inc. (Editore) & 0 altro
4,4 su 5 stelle 66 voti
Visualizza tutti i formati ed edizioni
Sorry, there was a problem loading this page. Try again.
Charlie Wilson's War is the untold story behind the last battle of the Cold War and how it fueled the rise of militant Islam. George Crile tells how Charlie Wilson, a maverick congressman from east Texas, conspired with a rogue CIA operative to launch the biggest, meanest, and most successful covert operation in the agency's history.

In the early 1980s, after a Houston socialite turned Wilson's attention to the ragged Afghan freedom fighters who continued to fight the Soviet invaders despite overwhelming odds, the congressman became passionate about their cause and procured hundreds of millions of dollars to support the mujahideen.

Moving from the back rooms of the Capitol, to secret chambers at Langley, to arms-dealers conventions, to the Khyber Pass, this book is a detailed and brilliantly reported account of the inside workings of the CIA.