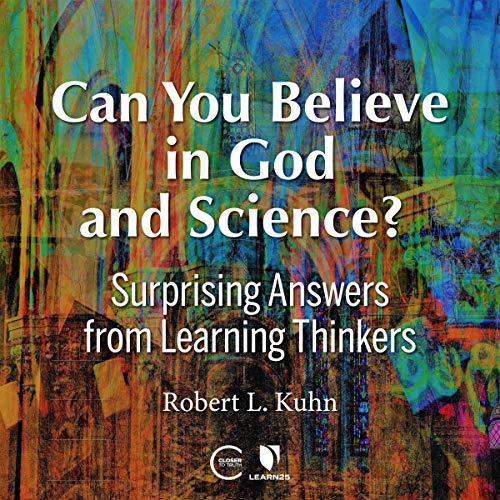 Can You Believe in God and Science?: Surprising Answers from Leading Thinkers

Join NIH Director Francis Collins in exploring the intersection of science and religion.

For some, science and religion occupy separate, irreconcilable spheres. For others, they share a common goal: to explore big questions, discover meaning, and synthesize knowledge.

In this captivating audio course, Dr. Robert Lawrence Kuhn, creator and host of the hit PBS series Closer to Truth, interrogates the relationship between religion and science with 13 experts across fields. While some consider religion irrelevant to science, many find fulfillment in harmonizing their work with their beliefs.

Francis Collins is one such example. Once an atheist, Collins - the Director of the NIH - is now a believer. Best known for spearheading the Human Genome Project, he is adamant that reason is not the pure province of the scientific mind.

Kuhn also interviews Ian Barbour, a scholar on the relationship between science and religion, who is credited with inaugurating the contemporary debate between the two fields through his book Issues in Science and Religion (1966).

In a conversation with Robert John Russell, founder and director of the Center for Theology and the Natural Sciences, Kuhn asks how Russell reconciles his roles as a physicist and an ordained minister.

As you listen to a fascinating array of perspectives, you’ll understand Kuhn’s claim that “the nexus of science and theology is the place where we explore human reality.”