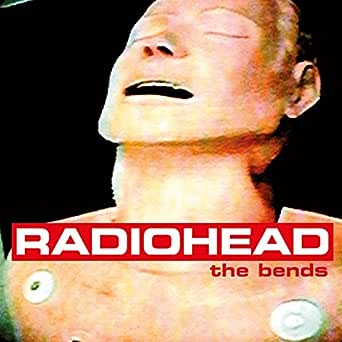 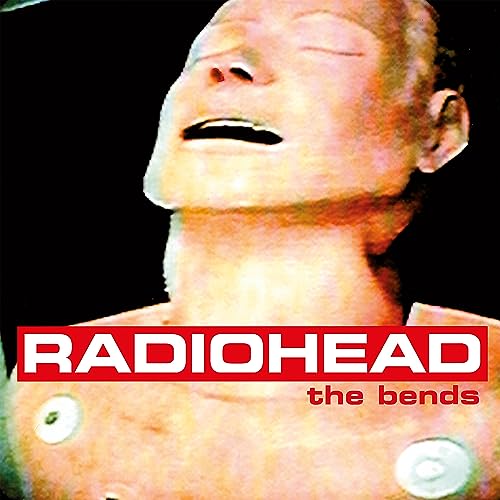 So, after a VERY disappointing listen to 'Kid A' but then a MUCH more satisfying audition of their debut 1993 album, 'Pablo Honey' I got 'The Bends'....

As much of a revelation as 'Pablo Honey' was, this album blew me away and is just about as consistently impressive as 'OK Computer' (their next album); for me, it has several hints at what was to come with that classic album.

Firstly, like 'OKC', despite having so many strong tracks it demands to be listened to in it's entirety, in order, in one session as it seems to be more fulfilling that way - the playlist order is somehow musically 'logical'.

Secondly, the final track is one whopping great dollop of Radiohead brilliance which also, despite potentially being a little downbeat in tone, signals what some of the content in 'OKC' was going to be like.

Things start differently though, albeit with some of those 'sound effect' type of elements we would eventually get much more of from Radiohead, with the almost psychedelic 'Planet Telex'.

Track 2, the title track, is almost 'normal' in comparison - with prominent guitars; oddly, I find it to be very similar to Track 10, 'Black Star'.

Then we have an acoustic-type song, 'melancholic'-style song 'High And Dry'.

With track 4, this is where some will first recognise songs heard before with 'Fake Plastic Trees' - something of a real crowd-pleaser at live concerts I would imagine, torches at the ready...

and so it continues, excellent music throughout.

Things finish with that track I think hints at future music, in the form of the superb 'Street Spirit'. This is the track which I think features most prominently the full range of Thom Yorke's vocal talents, with his ability to maintain a note and fluctuate the tone for a lengthy period being the most impressive and influential; the song is, for me, equal to the quality of 'OKC' classics such as 'Paranoid Android' or 'Karma Police' - albeit that it has less 'content'....

So, their debut album 'Pablo Honey' was most certainly no 'one-off'. Here we have an album which just about reaches the pinnacle of quality for Radiohead which was then reinforced, in spades, by their next album, 'OK Computer'.

So, I recommended that you not only give this album a try, but of course consider 'Pablo Honey' and then (if it has somehow passed you by, to complete my Radiohead 'set') 'OK Computer', either with the original album or the recent 20th anniversary release.

One final observation, I had to buy this CD twice as the first second-hand purchase was duff; the re-purchase was fine BUT ALSO had a noticeably better recording quality. Both are EMI 'owned, but the duff original originated from USA on the Capitol label, the second better quality recording originated from UK on the Parlophone label....
Leggi di più
12 persone l'hanno trovato utile
Segnala un abuso
Traduci recensione in Italiano

Amazon Customer
1,0 su 5 stelle This is NOT 180g vinyl
Recensito nel Regno Unito il 29 maggio 2020
Acquisto verificato
This is NOT 180g heavyweight vinyl as advertised when I ordered the product. If you are reading this then hopefully you won’t have the same nasty shock I got on un-boxing. Others have reported skips but I haven’t had that problem myself. It is far from unlistenable on my system and I am a big fan of the album. The rating is not for the music but because the item is not as described.
Leggi di più
3 persone l'hanno trovato utile
Segnala un abuso
Traduci recensione in Italiano

MR A BROWN
4,0 su 5 stelle As you might expect - brilliant at times.
Recensito nel Regno Unito il 21 maggio 2020
Acquisto verificato
As with all the output of these guys, I don't get all if it BUT, when they get it right - Wow, no one hits the button like they do.
Probably the greatest band of the last few decades.
Leggi di più
Segnala un abuso
Traduci recensione in Italiano
Visualizza tutte le recensioni