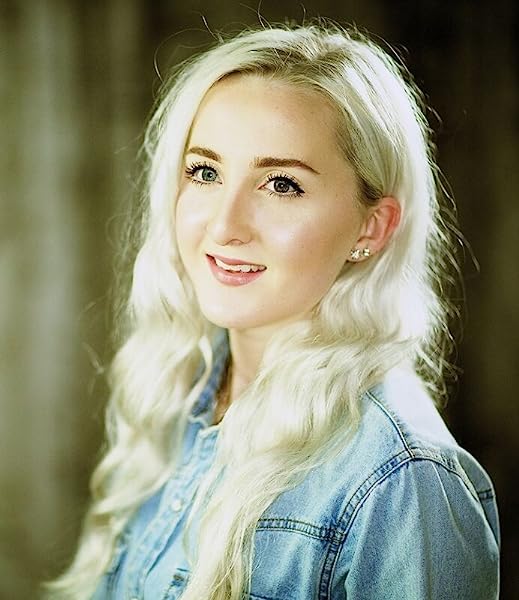 As Good As Dead: The Finale to a Good Girl's Guide to Murder Copertina flessibile – Stampa grande, 9 novembre 2021

<b>THE<i> NEW YORK TIMES</i> BESTSELLING SERIES WITH OVER ONE MILLION COPIES SOLD &bull;&#160;The highly anticipated finale to the&#160;A Good Girl's Guide to Murder series, the instant bestsellers that read like your favorite true crime podcast or show. By the end of this mystery series, you'll never think of good girls the same way again...</b><br><br>Pip&#160;is about to head to college, but she is still haunted by the way her last investigation ended. She&rsquo;s used to online death threats in the wake of her viral true-crime podcast, but she can&rsquo;t help noticing an anonymous person who keeps asking her: <i>Who will look for you when you&rsquo;re the one who disappears?</i> <br><br>Soon the threats escalate and Pip realizes that someone is following her in real life.&#160;When she starts to find connections between her stalker and a local serial killer caught six years ago, she wonders if maybe the wrong man is behind bars.<br><br>Police refuse to act, so Pip has only one choice: find the suspect herself&mdash;or be the next victim.&#160;As the&#160;deadly&#160;game plays out, Pip discovers that everything in her small town is coming full circle . . .and if she doesn&rsquo;t find the answers, this time&#160;she&#160;will be the one who disappears. . .
Leggi di più
Previous page
Next page

Holly Jackson is the #1 <i>New York Times </i>bestselling author of the A Good Girl's Guide to Murder series. She started writing stories at a young age, completing her first (poor) attempt at a novel when she was fifteen. Holly graduated from the University of Nottingham, where she studied literary linguistics and creative writing, with a master's degree in English. She enjoys playing video games and watching true-crime documentaries so she can pretend to be a detective. She lives in London.&#160;<br>Follow Holly on Twitter and Instagram at @HoJay92.

Eleanor
3,0 su 5 stelle An indictment in the importance of truth in the justice system
Recensito nel Regno Unito 🇬🇧 il 5 agosto 2021
Acquisto verificato
As compelling as this book undoubtedly is, it feels like one at odds with the first. There has been a transition from YA Mystery to a dark, gritty muddle of complex ideas about truth and justice. Pip even acknowledges this in the novel as she thinks about talking to the girl she was in book one.
This transmistion makes this book difficult to read - I was quite unprepared for the departure from the fun inquisitive nature of book one and two and the trauma filled voice of this novel. As earlier stated this novel is in no way bad or uninteresting, indeed it's message is both important and necessary, however I could not enjoy it. I found it too dark, too true perhaps and not in keeping with the read I personally expected.
Give it a go if you like novels that are quite dark and trauma filled but if you prefer the lighter all's well that ends well vibe of book one then this is not for you

The A Good Girl’s Guide to Murder Series by Holly Jackson has been an edge of the seat page turner from the very first book. We have followed crime solver and enthusiast Pip Fitz-Amobi as she uncovers crime after crime and somehow manages to get herself involved in the drama putting herself and the ones she loves in danger.

In this gripping final installment we see just how good a detective Pip is – and to be fair just how brilliant a writer Holly Jackson. Jackson has led you to believe from book one that some of her red herrings are just that – clues that lead to nowhere but oh no. Jackson was setting up plot points for book three As Good As Dead. When this happened in the story I physically had to lower the book and just shook my head in disbelief at how cleverly this series has been written. I mean wow.

If crime is your thing then As Good as Dead along with the other books in this series are the books for you.

Dini
3,0 su 5 stelle A heart-pounding and ultimately satisfying finale to an amazing trilogy!
Recensito nel Regno Unito 🇬🇧 il 5 ottobre 2021
Acquisto verificato
Actual rating: 3.5 stars
I just wanted to write a quick note about my rating… If I was basing it completely on the thrill and my inability to put this book down it would be a solid 5-stars! I was on the edge of my seat THE WHOLE TIME and I’m so invested in these characters. BUT there were decisions made that lessened my enjoyment in terms of plot and that’s why it’s at 3.5-stars. I would still recommend it though!

Just as in the previous books, I was immediately engaged in the story. Pippa is suffering her PTSD in silence and has turned to take drugs (specifically Xanax) in order to suppress the overwhelming sensations and flashbacks that are now her constant companions. She has lost complete faith in the justice system and herself to the grey area between good and bad and doesn’t know where that leaves her. Jackson has written Pippa’s tumultuous thoughts and experience of PTSD so incredibly well it’s as if you are experiencing it alongside her—the fast-paced drumbeat of nerves, the cold sweats, the flashes of bloody hands, and the inability to breath was shockingly visceral. I was completely twisted up in anxious knots as Pippa’s story took an unprecedented and absolutely insane direction and continued steamrolling chaotically until the very bittersweet end. At one point I thought my heart would beat out of my chest because I was so anxious for Pip! 🙈

I have to admit that figuring out who DT was before Pip did was such a satisfying feeling and I was literally shouting at the pages at that point! 😂 However, that satisfying feeling didn’t last long because there were a few more turning points in the story that really had me suspending my disbelief because it is WILD, y’all. Seriously. W-I-L-D! I mean, I greatly admire Pippa’s character and wow, did I learn a lot from her situation and how she handled it (cough you know, for if ever I find myself in a similar situation one day—JOKES cough) but this was not the direction I thought her story would go and neither was I really keen on it? Without giving anything away, the situation escalates very quickly and then continues to escalate to the point that it’s no longer realistic. That said, a small part of me did understand (to a point) how it escalated the way it did especially considering how bad Pip’s PTSD is. It was heartbreaking to see her struggle to cope though.

The ending is where another star was deducted for me because I felt like by that point Pippa had really been through enough and she deserved better than what she got. It was an overall satisfying conclusion though with the stories told in the previous books tying up pretty neatly and all the questions that were asked were also answered. I’m sad to see this series end because it has been one heckuva thrilling ride but I’m so looking forward to seeing what else Jackson comes up with in the future!
Leggi di più
Una persona l'ha trovato utile
Segnala un abuso
Traduci recensione in Italiano

Kimberley
3,0 su 5 stelle Disappointed
Recensito nel Regno Unito 🇬🇧 il 11 maggio 2022
Acquisto verificato
Things I loved:
- Pip’s mental health in this book felt so authentic. It wasn’t just brushed under the carpet & whilst it killed me to read pip suffering it felt real. You wouldn’t just bounce back from the events in book 2.
- The storylines itself about the DT Killer & the ties it has to book 1 are so clever! I loved how well planned/thought out it all was. A small detail in book 1 becomes clear & important in book 3!
- The first half of the book is slow & it took a while to pick up. Parts of it were intense & I desperately wanted to know how it would play out at the end
- I continued to get major PLL vibes through most of it & I’m a fan of that!

Things I struggled with:
- No sugar coating it. I HATED the twist in the second half of the book. I go from feeling the story was hard hitting & authentic to just plain ridiculous. It made me feel disconnected from the story & characters entirely. Thats not what I wanted or expected from this book.
- I found myself missing the young enthusiastic go happy detective from the first book. I’m all for books taking a darker turn whilst the characters grow & react to their experiences but just not like this. Pip’s actions were selfish & cruel.

Overall I was really disappointed in this book. I just really really wanted to love it but just couldn’t get onboard with it.
Leggi di più
Segnala un abuso
Traduci recensione in Italiano

Gemscott
4,0 su 5 stelle Great Read
Recensito nel Regno Unito 🇬🇧 il 28 novembre 2021
Acquisto verificato
I was so excited to read the final instalment in this series. The first book just blew me away, I adored it so much, and I was so invested in Pip’s life. The third one is probably my least favourite but still a solid 4⭐️.

The books are perfect YA with a little bit of darkness, the type of books you can’t put down.
As Good As Dead is a lot darker than the other two, and really took Pip to extremes I didn’t expect. The story went complete full circle, I really enjoyed how everything was tied up and it was a great ending to the series. Only thing is it left me needing more. Maybe that’s me being selfish lol or it shows how much I adored Pip and her story, but that ending….. I need more info!

I would recommend this series to anyone, it’s enjoyable, relatable and with an amazing tenacious feisty female main character. They are very hard to put down.
Leggi di più
Segnala un abuso
Traduci recensione in Italiano
Visualizza tutte le recensioni