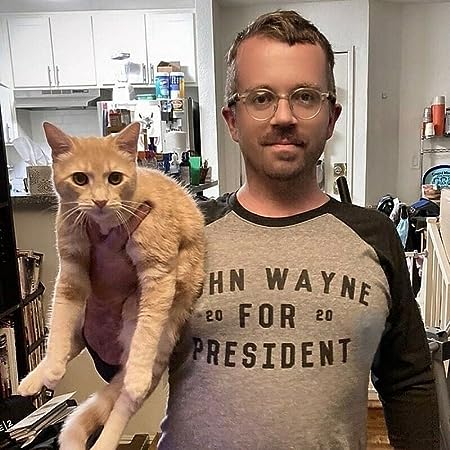 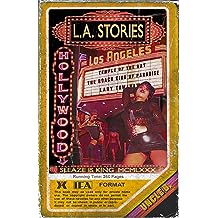 Hollywood Boulevard is littered with junkies, pimps, and prostitutes. Up and down the lane you'll find small movie theaters showing films no studio executive would ever sign off on, even if those same executives sneak into the grindhouse theaters to see what sort of filth the masses prefer to saccharine schlop like Kramer vs. Kramer and Ordinary People...

You'll get three sordid features for one ticket price:

TEMPLE OF THE RAT
by Alec Cizak

The 1979 tale of a deranged preacher, a homeless combat vet, and a B-Movie power couple driven to madness inside the mecca of licentious evil & outside on the streets of Hollywood Boulevard.


THE ROACH KING OF PARADISE
by Scotch Rutherford

A pandering motel manager makes a pact with a street pimp to turn a downtown motor inn into a brothel. A Hollywood vice cop who owes a loan shark a hefty vig attempts to squash her debt while settling an old score.

In 1980 the top male escort of the decadent Hollywood elite is stalked by an indomitable female predator with a shadowy past while exposing an unholy alliance between the rites of traditional morals, and their diabolical scribes.

So, come on in, grab yourself a bucket of popcorn and a soda. Nobody will bother you for wearing a raincoat. After all, everybody else is wearing one! Ignore the sounds of streetwalkers earning a living all around you. And if your shoes stick to the floor, well, might be a good idea to put on some gloves and scrub them with a wire brush when you get home...

This is L.A. Stories. A wild ride across the bridge between the permissive 1970s and the repressive decades that followed.
Leggi di più
Altri formati: Copertina rigida , Copertina flessibile
include IVA (dove applicabile) 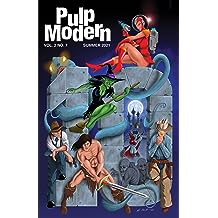 The celebration begins with an ace piece of crime fiction by Karen Harrington. We get samples of the greatness of indie writers such as Anthony Neil Smith, Andrew Miller, and Stephen J. Golds. Nathan Pettigrew provides an odd slice of life between a father and son whose concerns about breaking the law don't get in the way of their more domestic and material endeavors. We get a nice slice of fantasy and horror from C.J. Dotson and Sarah Cannavo. Chicago's unofficial poet laureate, Tia Ja'nae, shows us just why she's the most important crime fiction writer today. Finally, Edward A. Grainger (aka David Cranmer) brings his classic western marshal, Cash Laramie, back for another adventure. Fitting, considering Cash Laramie made an appearance in the very first issue of Pulp Modern, way back in 2011, when the world still made just a little bit of sense...

Richard Krauss returns as art director. Ran Scott provides illustrations. And editor Alec Cizak sits back and lets all these talented writers and artists do their thing. 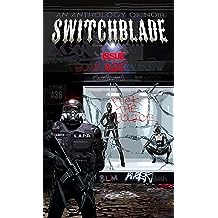 Switchblade : Issue Twelve (Switchblade Volume One Book 12) (English Edition) 22-giu-2020
da Jon Zelazny, E.F. Sweetman, Serena Jayne, Preston Lang, William R. Soldan, Nathan Pettigrew, D.K. Latta, Elliot F. Sweeney, Walter Sanville, Patrick Whitehurst
( 15 )
2,69 € 7,26 €
Three months back there was a suicide bomb in Tunisia, a prison riot in Colombia, and Australia was on fire. Italy fought a losing battle with an insidious virus, which went on to engulf the planet in a worldwide pandemic. The first world shut down. Then we watched a public execution, by a so-called peace-keeper. Then the rioting and looting began—and you know what came next, because you’re living it. The world in 2020 isn’t what it once was. The west is on fire with revolution and unrest. Violent crime and lawlessness are on the rise. Which is good news if crime is your business. And whether the world bounces back or burns down to ashes, there will always be storytelling. For Switchblade, storytelling is our business, and business is good. This is the twelfth issue of the world’s only no-limit noir digest magazine. Featuring 13 reality-check, hard luck tales of the human condition, before and after Covid-19.
Leggi di più
Altri formati: Copertina flessibile
include IVA (dove applicabile) 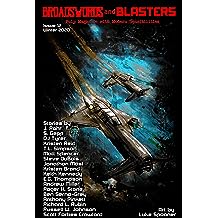 Broadswords and Blasters Issue 12: Pulp Magazine with Modern Sensibilities (English Edition) 15-gen-2020
da Cameron Mount, Matthew X Gomez
( 13 )
3,57 € 10,22 €
First up is J. Rohr’s “Riding the Rails,” a story he claims he had to rewrite from memory after a catastrophic file failure. Well, that one may have been good, but this alternate history—of a world we know but besieged by monsters of myth and legend—is great. Returning author Richard L. Rubin gives us another two-fisted retro sci-fi tale in “Commander Saturn and the Air Bandit of Mars.” And DJ Tyrer brings back his acclaimed Nyssa of Abanos for her second (and Tyrer's third!) appearance in B&B—this time in “Journey to Mount Argaeas.”In Kristen Reid’s “American Appetite,” Connor Wescott comes across some deserters with a strange sort of hunger. Yes you read the title of the next story correctly, “Callahan and the Bomb Squid.” Laughs are few and far between in our pages, but every once in awhile we get a cracker like Jonathon Mast’s, so savor it. Because S. Gepp’s “No Stand” will knock that laughter right out of your belly with this gut-punch of a hard-boiled Western. Ben Serna-Grey dropped his weird-ass “Smoke and Hamsters” in our laps and cackled with glee as he then shat in a bucket and tried to get cash for it. That’ll make perfect sense once you read this thing. We love it. Ready for more gut-punches? Hope so, because “The Drive Home” is about as pure and depressing a noir tale as we’ve ever published. Be safe driving, dear readers. “The DSD” by E.G. Thompson is a dual-pronged narrative set in a dying and dangerous frontier after the fall of civilization, and the stories herein can’t all end on downers (though they damn sure tried!), so here’s your happy ending. You’ll need it.“Crowbait” by T.L. Simpson traces the line between vengeance and justice, with a clear emphasis that the former may cause more problems than just accepting your grief and moving on. Andrew Miller sent us this noir tale about a “Shootout at Namaste Mart” and the title alone almost sold one editor on the story. “Spaceman and Freakshow” by Roger H. Stone had a similar effect, and we think the stories do both of these titles justice. Longtime supporter and just all-around great writer Steve DuBois hit us with another tale of supreme oddity in his “The Professionals” about—well, his November 19th tweet says it better than we can— “magically-enhanced urban professionals escorting a Kennedy baby to the ruins of Dallas for inauguration as God-Emperor.” Next up is “Aces and Rogues” by Anthony Pinkett, a two-fisted dogfighting space actioner that we both said we’d be “stupid not to publish.” “Don’t Let the Law Hit Ya Where the Good Lord Split Ya” is a mouthful of a title that came off Russell W. Johnson’s keyboard, but it sure is an apt one for the crime story he sent in. After that we’ve got “Starstruck” by Kristen Brand, a sci-fi tale of solar guardsmen, mixed loyalties, and, ultimately, duty. Scott Forbes Crawford’s “A Lone Man Is No Warrior” traces the story of a man who lost a king and his own warrior nature only to be spurred back to it by a woman’s attempted murder of his boss. Lastly, we have Matt Spencer’s “The Radiant Abyss.” We’ve been blessed to have some stalwart supporters over the three years of the magazine’s existence, and Spencer is the first and perhaps staunchest of those. It just so happens he writes stories we like, too.
Leggi di più
Altri formati: Copertina flessibile
include IVA (dove applicabile) 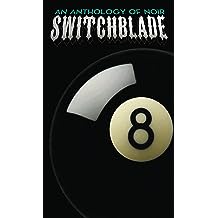 Switchblade: Issue 8 (Switchblade Volume One) (English Edition) 17-gen-2019
da A. B. Patterson, Danny Sophabmisay, Nick Manzolillo, Chris McGinley, J.D. Graves, Stephen D. Rogers, Doug Knott, E.F. Sweeney, Maxwell Mouton, Philip Dean Brown
( 6 )
2,99 €
It’s never just about taking a shot...This is the eighth issue in the Switchblade Outlaw Fiction anthology. Featuring Seven Switchblade Veterans, as well as some brand new players you ought to know. Featuring the poetry of Doug Knott, and fourteen no-luck tales from the dark corners of some of the most cutting edge criminal minds. Noir from the fringe—each of the stories in this volume offer one thing for sure: it doesn’t matter how strong your game is, or whether you run the table. Sooner or later, you’re going to end up behind the eight ball.
Leggi di più
Altri formati: Copertina flessibile
include IVA (dove applicabile)
Torna su
Per conoscerci meglio
Guadagna con Amazon
Metodi di pagamento Amazon
Bisogno di aiuto?
© 1996-2023 Amazon.com, Inc. o società affiliate