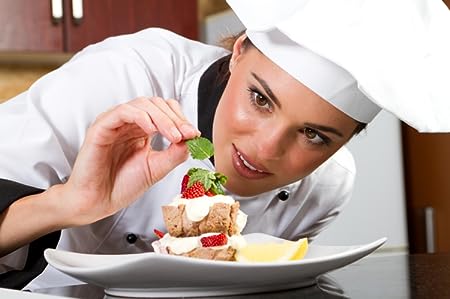 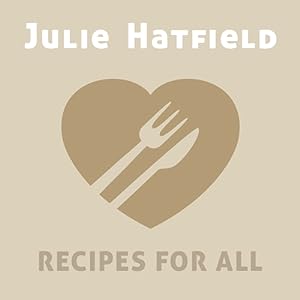 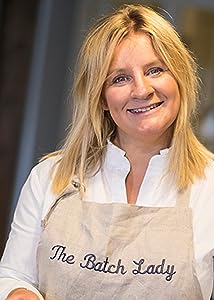 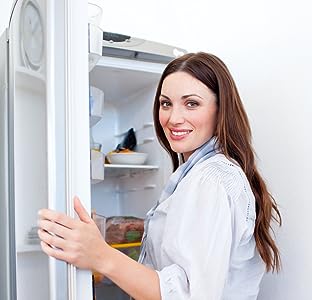 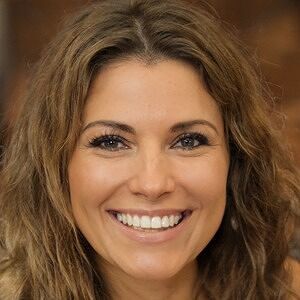 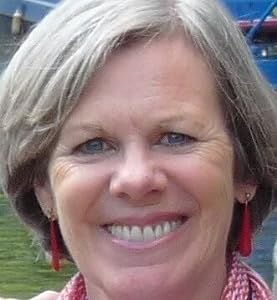 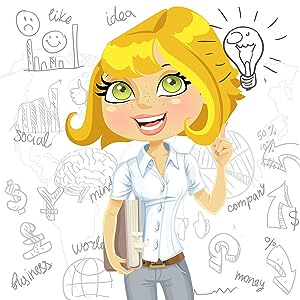 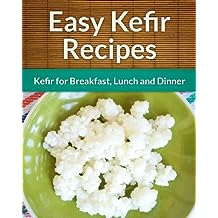 Kefir, the ancient elixir that has made its way into the mainstream. Originating from the Caucasus mountains in the former Soviet Union, Kefir is a fermented milk product that has been used for centuries. This probiotic drink loosely translated means "pleasure" or "good feeling". It was once considered a gift from the Gods, namely for it's health and beauty benefits. So the question remains: how do we use Kefir in our daily lives? It's easy, actually. In this guide, you will learn how to make kefir, recipes to incorporate into your breakfast, lunch and dinner, and how to use kefir for health and beauty. 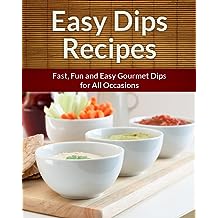 Dips, the widespread food that are eaten and enjoyed by people around the world. Whether you are celebrating a holiday, having a get-together, or watching sports - dips make a great addition to the meal. From the common to the not-so-common, you will surely find new recipes to enjoy for 2013 and beyond.
Leggi di più
Altri formati: Copertina flessibile
include IVA (dove applicabile) 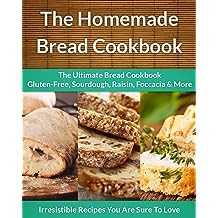 Why should you make your own bread? Simply put: it’s easier, healthier, and cheaper than what you can grab on the shelves of your grocery store. It contains no unnecessary ingredients or preservatives, and you have complete control over the final product.

Once you get into the hang of it, making bread at home is easy. It will quickly become part of your routine, and you won’t miss store bought bread at all!

This book contains tips and tricks for making the best bread possible, and many mouth-watering recipes to get started. Many of the recipes can be altered and tweaked to your preferences, with spices and additions added easily.

In Addition, You Will Discover: 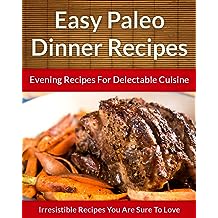 Paleo Dinner Recipes - Evening Recipes For Delectable Cuisine (The Easy Recipe Book 45) (English Edition) 9-dic-2013
da Scarlett Aphra
( 15 )
1,05 €
Sticking to the Paleo Diet can be challenging if you feel like you don’t have many options. Each meal presents it's own set of challenges. This book focuses on paleo-friendly recipes for dinner. By the end of the cookbook, you will have recipes up your sleeve for every day of the week.

Inside Easy Paleo Dinner Recipes, You Will Discover:

- Tons of healthy, tasty paleo recipes for dinner, and on-the-go. Each recipe includes HD photographs and the nutritional facts.
- A comprehensive guide to the paleo diet.
- A grocery list of foods to embrace and foods to avoid.
Leggi di più
include IVA (dove applicabile) 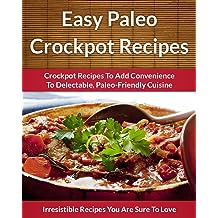 If you don’t already follow the Paleo Diet, you may be worried about the restrictions. After just a few days of following the Paleo Diet, however, you will find that it may be easier than you think. Once you’ve gotten used to the principles of the Paleo Diet you can take advantage of a number of cooking methods to make the most of your fresh ingredients.

Slow cooking is a wonderful option because it requires just a few minutes of preparation time. You can easily throw the ingredients together in the morning before you leave for work and then come home to a fully-cooked meal. If you have to feed a whole family, this is an excellent option. Even if it is just you, you can easily make a large meal that will last for several days.

Inside Easy Paleo Crockpot Recipes, You Will Discover:

- Tons of healthy, convenient crockpot paleo recipes. Each recipe includes HD photographs and the nutritional facts.
- A comprehensive guide to the history of the paleo diet.
- A grocery list of foods to embrace and foods to avoid.
Leggi di più
include IVA (dove applicabile) 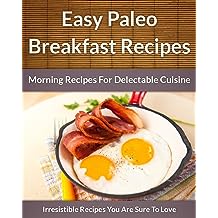 Whether your day starts when the sun comes up or a few hours later, breakfast should be an enjoyable meal that fortifies the body and brain for a fantastic start to a productive day. Yet, people often skip breakfast. If not skipped, the meal too often consists of a doughnut and coffee, breakfast sandwich from a drive-thru, or frozen waffles smothered in sugary syrup—none of which have anything to do with quality nutrition, but all of which can, and often do, contribute to weight gain, fatigue, brain fog, and even disease.

If you’re reading this book, it may be because you are one of thousands who have realized that the way you eat directly impacts the way you feel. Perhaps you’re tired of feeling like you need a nap by ten o’clock in the morning and can just barely get through your work or school day.

Many have turned to the Paleolithic way of eating, also known as the Paleo diet or cave man diet, for help with weight management, eliminating disease such as diabetes and autoimmune disease, and as a means of building a stronger, leaner, more capable body.


Inside Easy Paleo Breakfast Recipes, You Will Discover:

- Tons of healthy, tasty paleo recipes for breakfast, and on-the-go. Each recipe includes HD photographs and the nutritional facts.
- A comprehensive guide to the history of the paleo diet.
- A grocery list of foods to embrace and foods to avoid.
Leggi di più
Altri formati: Copertina flessibile
include IVA (dove applicabile) 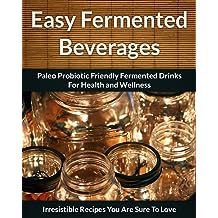 Fermented beverages are gaining popularity in recent years thanks to emerging information about their amazing health benefits. But pre-made versions found on store shelves can be expensive and full of sugar and preservatives. Homemade versions are often easier, healthier, and more economical to make.

In this book you'll find recipes for kombucha, kefir, kvass, and amazake - all wonder tonics for a variety of health conditions.

Inside Easy Fermented Beverages, You Will Discover:

- Tons of healthy, tasty fermented beverage recipes for all occasions. Each recipe includes HD photographs and the nutritional facts.
- A comprehensive guide to the history of fermenting.
- A grocery list of ingredients to embrace and ingredients to avoid. 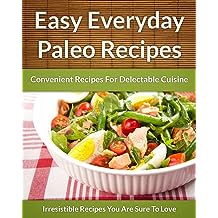 For millions of years, our ancestors followed a remarkably simple diet -- high in fat and low in carbs – and suffered virtually none of the diseases we suffer from today. The Paleo Diet, or the Caveman Diet, is an increasingly popular nutritional philosophy and lifestyle that follows the eating habits of our distant relatives, aiming to undo the damage that our modern eating habits have done to our health.

How do we incorporate this diet into our everyday lives? Everyday Paleo will show you how. This book will cover the top nutritional benefits of the Paleo Diet, which foods should and should not be eaten, and provide 20 exciting recipes for breakfast, lunch, dinner, snacks, and dessert.

Inside Easy Everyday Paleo Recipes, You Will Discover:

- Tons of healthy, tasty paleo recipes for breakfast, lunch and dinner. Each recipe includes HD photographs and the nutritional facts.
- A comprehensive guide to the history of the paleo diet
- A grocery list of foods to embrace and foods to avoid.
Leggi di più
include IVA (dove applicabile) 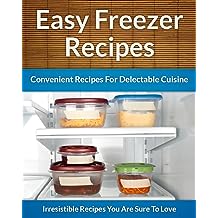 No one wants to spend several hours a day in the kitchen cooking and prepping for every meal, or waste time in the morning making a nutritious breakfast after sleeping in. That’s where freezer meals come in. Freezer meals are already prepared main courses for every meal that are either pre-cooked or ready to be placed directly in the slow cooker or oven when you need them most. Simply reheat, steam a side of vegetables, and serve!

The recipes in this book are intended to save you time by cutting down the hours you spent in a day cooking, giving you valuable hours back to spend with family or catching up on work at the office. By taking some time at the beginning of the week or month to prep several meals for breakfast, lunch, or dinner, you’ll extend your days, your health, and your wellbeing.

Inside Easy Freezer Recipes, You Will Discover:

- Tons of healthy, tasty freezer recipes for breakfast, lunch and dinner. Each recipe includes HD photographs and the nutritional facts.
- A comprehensive guide to the history of freezer cooking.
- A grocery list of foods to embrace and foods to avoid.
Leggi di più
include IVA (dove applicabile) 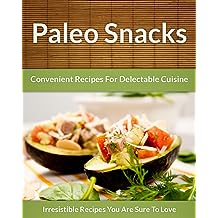 Following Paleo can be tricky if you spend a lot of time away from the house. There are times when you just need a snack but can’t necessarily go to the vending machine in the break room. In cases like these it can be very useful to have your own store of homemade snacks on hand. Making your own snacks doesn’t need to be difficult – in fact, it can actually be fun! In this book you will receive over 2 dozen delicious and easy recipes for Paleo Snacks. Many of them are easy to pack and take with you while others are perfect to fill up hungry kids after a long day at school.

Inside Paleo Snack Recipes, You Will Discover:

- Tons of healthy and tasty paleo snack recipes, accompanied by HD photographs and the nutritional facts.
- A grocery list of foods to embrace and foods to avoid.
Leggi di più
include IVA (dove applicabile) 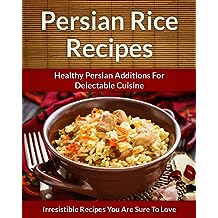 According to the Cambridge World History of Food, rice made its way to Europe through Persia after it was brought over from Asia. Even the Spanish, who have admirable skills in cooking rice, took their first rice cooking lessons from the Persians. Today, they cook rice regularly in Japan, England, Spain, Africa, Madagascar, China, Sri Lanka, Turkey, and Korea, but no one does it like the Persians. Somewhere along the route from Indonesia and India to the Persian Empire, rice found its earthy roots that define the flavors of Persian cuisine today. The people of Iran may not have the highest rice consumption (the top five rice consumers are Bangladesh, Cambodia, Indonesia, Laos and Burma) but they cook rice with such elegance that it has earned them an esteemed place in the popular ethnic food groups of modern America, Africa, Europe and Australia.

Inside Easy Persian Rice Recipes, You Will Discover:

- Tons of healthy, tasty persion rice recipes for breakfast, lunch and dinner. Each recipe includes HD photographs and the nutritional facts.
- A comprehensive guide to the history of persian rice.
- A grocery list of ingredients to embrace and ingredients to avoid.
Leggi di più
include IVA (dove applicabile) 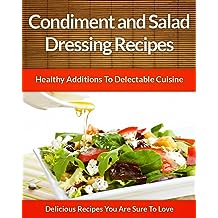 It’s not easy to wrap the mind around the fact that “in the beginning” someone figured out that mixing specific ingredients such as oil and vinegar together and pouring it on another food would vastly improve the flavor and enjoyment of said food by adding flavor, moisture, and
texture.

Inside Easy Salad Dressing and Condiment Recipes, You Will Discover: